The Maryland Institute College of Art (MICA) in Baltimore, one of the leading art schools in the U.S., announced employee layoffs just a few weeks after its staff unionized.

The news comes roughly two months after employees working across various departments voted 86–17 on to join SEIU Local 500 on May 24. Staff learned of the cuts just two days after the representatives for the newly-formed union petitioned the school’s administration to enter into negotiations before issuing changes to employee working conditions, Artforum reported Thursday.

The restructuring move is poised to cut around 10 percent of the union’s bargaining unit, the group of workers who conduct labor negotiations, ahead of contract talks. 24 positions total will be affected by the layoffs. The announcement was disseminated in an email sent to employees and reviewed by Artforum. In the internal message, the administration said they expected “about half” of the 24 positions set to be cut would affect union employees. 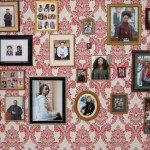 Holding Together Opposite Poles: A Conversation with Jane Irish

“We have agreed to bargain with Local 500 about how the restructuring process will affect those positions and about the details of the severance package that will be offered to the represented staff members in those positions,” the email said.

Workers representing the MICA staff union officially petitioned the school’s president Samuel Hoi on June 27 to ask the administration to refrain from making changes to labor conditions ahead of the union’s inaugural contract negotiations.

Siân Evans, an SEIU representative who works as a librarian at MICA, told Artforum that no member of the administration responded to the petition (Hoi’s office did not acknowledge the petition was received.)

MICA has cut costs and reported lower enrollment as a result of the pandemic. In 2020, it suspended employee benefits matches and cut executive salaries by 10-15 percent.

Evans called the move “detrimental,” to MICA’s students. She said an initial meeting with union representatives to discuss the layoff process with the administration took place July 7 and a second meeting on July 15.