Aaron De Groft, the former director of the Orlando Museum of Art, seems to have had a history of collecting works with contested provenance for the institutions he worked at, the Observer reported Friday.

Prior to his appointment at the OMA, De Groft served as director of Virginia’s Muscarelle Museum of Art from 2005 to 2018, where he doubled the collection, often with “previously unremarkable paintings from the 16th century to the 19th century, bought at auctions for low prices and then attributed to famed European artists from that time period,” according to the Observer‘s investigation.

De Groft was ousted from his position at the OMA in June after the FBI raided the museum’s exhibition of works allegedly by Basquiat titled “Heroes&Monsters: Jean-Michel Basquiat.” The works’ authenticity was called into question by the art community shortly after they were unveiled. 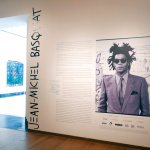 The FBI revealed that it had been investigating the paintings for years. The FBI’s investigation found “false information relating to the alleged prior ownership of the paintings,” according to the an FBI affidavit obtained by the New York Times.The affidavit contained vaguely threatening emails by De Groft to Jordana Moore Saggese, a professor of art at the University of Maryland who was paid $60,000 by the museum for her research. Saggese has since denied that she ever authenticated the Basquiats.

While at the Muscarelle, which is located at the College of William and Mary in Williamsburg, Virginia, De Groft oversaw the purchase at auction of an unattributed painting he later tried to prove was painted by Cézanne. In addition, he worked to authenticate a painting he attributed to Italian artist Titian. To establish the paintings’ authenticity, he ordered scientific testing and reviewed archival material to confirm key facts about the works, such as the age of the pigment, which he hoped would add heft to the claims. While the pigment testing confirmed the age of the paintings, the testing was otherwise inconclusive.

“The portrait is, to most people’s eyes including my own, a feeble work unworthy of Titian himself,” art historian Charles Hope told the Observer. “I tend to be suspicious of art historians using exotic scientific techniques to boost the credibility of second-rate pictures. It is an extremely common practice, and seldom, in my experience, produces convincing results.”

At the OMA, De Groft was due to give a lecture on a painting attributed to Jackson Pollock that was supposed to be exhibited at the museum in January. Plans to show it were later canceled. The previous co-owner of the painting was Pierce O’Donnell, who was an owner of the seized paintings attributed to Basquiat. The Observer found that the Pollock’s authenticity had been called into question and has not yet been authenticated. The OMA has yet to comment on the Pollock.

In an interview with theObserver, De Groft did not respond to questions about the paintings except to note that he had given public lectures on most of them “to be questioned and scrutinized before hundreds of people at each lecture.”