THE MUSEUM-LEADERSHIP NEWS DOES NOT QUIT.Last week, theMetsaid its director,Max Hollein, willadd chief executiveto his title. Now, theMemphis Brooks Museum of Arthasnamed its next director,theCommercial Appealreports. She isZoe Kahr, who is currently theLos Angeles County Museum of Art’s deputy director for curatorial and planning. Kahr takes the place ofEmily Ballew Neff, who stepped down last year and now runs theSan Antonio Museum of Artin Texas.She will be tasked with overseeing the institution’s move to a new Downtown locale, a project with a $150 million price tag. Meanwhile,William Underwood Eilandisretiringafter more than 30 years leading theGeorgia Museum of Artin Athens, perArtDaily, and the CEO and director of theMuseum of Fine Arts, St. Petersburgin Florida,Kristen A. Shepherd, hasstepped downafter more than five years there, per theTampa Bay Times. 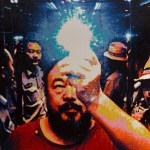 Ai Weiwei Gets the Big Retrospective He Deserves, For Better and For Worse

LEGENDS ONLY.BusinesswomanMartha Stewartrecently had artistAi Weiweion her podcast, and she pointed out that the two have a lot in common: They love food (Ai has apparently cooked for her twice; she is hoping to return the favor), they love cats, and among other things, they have been incarcerated—Stewart by the United States government (following a conviction on charges related to insider trading), Ai by the Chinese government (amid what it described as a tax investigation). However, Stewart was clear that her time in prison “was like going away to a children’s camp compared to what you had to go through.” In any case, they cover a lot of ground in their 40-minute chat, and it iswell worth a listen.

TheHorniman Museumin London has said it will repatriate 72 objects looted from Benin City in 1897 to Nigeria, a move that its chairwoman,Eve Salomon, said is “both moral and appropriate.” The material includes 12 plaques identified asBenin Bronzes.[The Press Association/BloombergandThe Associated Press/Los Angeles Times]

Tatehas reportedly paid a settlement, without admitting liability, to three artists who lodged a complaint against it alleging victimization, breach of contract, and race discrimination. Filing the action, they said that the museum denied a request made by one of them,Amy Sharrocks, to collaborate on a museum project with artistJade Montserrat, who has accused former art dealerAnthony d’Offay, a Tate donor, of sexual misconduct. (D’Offay has denied any wrongdoing.) Tate has said that the terms of the contract did not allow for such a collaboration. The project was subsequently canceled.[The Guardian]

TheCanadiangovernment is drafting a legal reform that will provide artists with royalties when their work is resold. Similar programs exist in at least 90 countries, including the United Kingdom and France.[The Globe and Mail]

While excavations atPompeii long focused on upper-class dwellings, archaeologists have been studying the homes of middle- and lower-class residents of late. Officials recently detailed their findings in one such structure, which featured both a decorated cistern and a room with earthen floors.[The Guardian]

TheWashington County Museum of Fine Artsin Maryland recently received a drawing by the 17th-century Italian artistSassoferratoas a gift. Alas, an eagle-eyed curator at the museum,Daniel Fulco, identified it as a piece that had been stolen many decades ago in Munich. On view at the museum right now, it will soon be heading home.[The Herald-Mail]

PYRO—AND CRYPTO—MANIAC.As was noted late last month inBreakfast,Damien Hirstis getting ready to burn thousands of artworks that people chose to relinquish in exchange for keeping NFTs linked to them. (They could only keep one or the other.) It’s a project that Hirst titledThe Currency. Of the 4,851 pieces that he will destroy next month,1,000 belong to the artist himself,The Art Newspapernotes. Ina buoyant Twitter thread, Hirst said that he decided to keep the NFTs instead of the physical pieces. He’s loving the NFT world, it seems. Said Hirst: “I have been in the physical art world a long time and I expect people to have agendas and shit, and I’ve seen a lot of bollox and I’m amazed at how this community breeds support and seems to care about shit.”[TANand@hirst_official/Twitter]