Artist MaurizioCattelanhas doubled down on his denial that his viral sculpture comprised of a banana duct-taped to a wall copied another artist’s work. In a new filing, his lawyers claim thatCattelanwas unaware the other artwork even existed.

The legal battle over the originality inCattelan’s buzzy piece,Comedian,began after the Miami-based artist Joe Morford accused Cattelan of infringing the copyright of Morford’s own duct tape sculpture,Banana & Orange.Morford’s work consists of an orange attached to a wall with tape and a banana affixed elsewhere on the wall. Morford says he registered his work in 2020 with the U.S. Copyright Office, and shared images of it on his website and social media platforms. 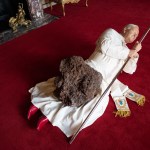 In July, a federal judge in U.S. District Court for the Southern District of Florida in Miami ruled that Morford could take legal action againstCattelanforComedian, which caused a sensation at the Art Basel Miami Beach fair in 2019.The work “offers insight [into] how we assign worth and what kind of objects we value,” according to a statement from Perrotin gallery, which presentedComedian at the fair.

Cattelan’s motion to dismiss the suit brought by Morford was denied, with Robert N. Scola, Jr., the presiding judge, writing in his decision that Morford had “adequately alleged that Catalan’sComedianhas a substantial similarity to […] elements ofBanana & Orange.”

In response to Morford’s legal challenge, Cattelan’s lawyers have cited in their filing 19“affirmative defense” arguments. The document was submitted by Stroock & Stroock & Lavan LLC in Florida on behalf of Cattelan’s New York legal representation. The court documents states that Cattelan “independently created his work,Comedian, without knowledge of or reference to Plaintiff’s work,Banana & Orange.”According to the documents,Cattelansold three copies, as well as two proofs,for more than $390,000.

Cattelansaid thatMorford’s allegation of copyright infringement fails because “he cannot establish that Defendant [Cattelan] had the requisite access to Plaintiff’s work,Banana & Orange,before Defendant created his work,Comedian.”Cattelanalso challenges Morford’s copyright registration, saying thatthe latter “did not register copyright for his work,Banana & Orange, prior to the creation and/or exhibition of Defendant’s work,Comedian.”

Cattelan’s filing adds that the Morford’s inclusion of “a useful article, namely duct tape, and items appearing in nature, namely oranges and bananas” does not satisfy the “degree of originality” required for the U.S. Copyright Act.

Cattelan also challenged Morford’s “degree of originality” in his June motion to dismiss the lawsuit. The Italian artist argued that thepresence of “additional elements inBanana & Orange—namely, an orange, the green background, and the use of masking tape borders—weigh against a finding of substantial similarity.”

Judge Scola, however, disagreed with his argument, stating, “While using silver duct tape to affix a banana to a wall may not espouse the highest degree of creativity, its absurd and farcical nature meets the ‘minimal degree of creativity’ needed to qualify as original.”