MUSEUM SHOWS GALORE.TheMuseum of Modern Artand theLos Angeles County Museum of Artarestaginga full-dressEd Ruscharetrospective, theArt Newspaperreports. Opening first at MoMA in 2023, the show will include 250 works, includingChocolate Room(1970), a space covered in paper screen-printed with chocolate paste.Christophe Cherix, the show’s lead curator, called the exhibition “a profound re-examination of his work.” AnewEdward Hoppershow now on view at theWhitney Museumthat’s based on a 4,000-piece archive devoted to the artist is the subject of theNew York Times‘latest deep dive. Art historianGail Levin, who has repeatedly questioned the sources of that archive, cast a suspicious eye once more. Also in theTimes, there’s a profile of the artistPaul Chan, whose “Breather” sculptures composed of human-like forms with air blown through them figureprominently feature in a surveynamed after them at theWalker Art Centerin Minneapolis. 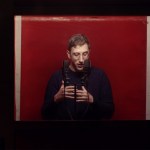 Agnes Gund to Sell $5.5 M. Lichtenstein for Reproductive Rights, New LACMA Is Half Done, and More: Morning Links for October 14, 2022

INSTITUTIONAL CRITIQUE.Researchers atYale Universityconducted a study on the obstacles faced by women artists, and they came up witha surprising finding: “the market is fair, but the institutions are not,” asWilliam Goetzmann, a professor of finance and management studies, put it. The team he worked with relied on data related to thousands of graduates from theYale School of Art, which has long been considered one of the top programs of its kind. They then compared auction records with how many times a given artist’s name appeared in records on Google Books. Men, they found, received more mentions and greater auction records. There’s good news, however: after 1983, the year Yale’s art school became more equalized in its gender statistics, women had a greater chance of appearing in books and on the market. It’s a possible sign that “some barriers had weakened.”

TheCatskill Art Space, a newly rebranded nonprofit, will reopen later this month in Livingston Manor, a town with under 1,000 residents. First up are a newJames Turrellpiece andSol LeWittwall drawings.[The New York Times]

AnL. S. Lowrypainting sold for £7.8 million ($8.75 million) with fees at aChristie’ssale in London. The piece went to theLowryart center in Salford, England, thanks to a gift from theLaw Familycharitable foundation, fulfilling local politicians’ goals of keeping the painting in the public domain.[The Guardian]

Angelo Venosa, whose sculptures resemble fantastic beings and futuristic fauna, has died. He was 68.[Nara Roesler/Instagram]

DALL-E 2, a newly updated AI generator fromMicrosoft, may be refurbished, but it still has one big problem: “AI art, more often than not, looks like Western art,” writes journalistNeel Dhanesha.[Vox]

LACMAhas a survey of photographers whose work takes up and subverts the visual language of advertising. These artists, curatorRebecca Morsesaid, wanted “to get viewers to look at them more critically than you would if you were just flipping throughVogue.”[NPR]

HIS SISTINE CHAPEL.A particularly unusual legal case that involves a back tattoo and the rapperCardi Bis being heard right now in California.Rolling Stonetakes us inside the courtroom, whereKevin Michael Brophy Jr., the case’s plaintiff and a “body art aficionado,” said that Cardi B had “ruined” his life. Brophy claimed that it was unfair that, for the cover of her 2016 mixtapeGangsta Bitch Music Vol. 1, she Photoshopped a man giving her oral sex with a tattoo that appears on Brophy’s back. “It felt like myMichelangelowas stolen off the wall and just literally ripped off and robbed and just put wherever these people wanted to put it,” Brophy said.[Rolling Stone]