U.S. Edition of Dealer Johann König’s Memoir Is on Hold After Reports of Sexual HarassmentAllegations

The U.S. edition of German dealer Johann König’s memoir, which was to be released next week, is currently on hold, its publisher confirmed Friday.

Titled Blind Gallerist and written with Daniel Schreiber, the book was originally released in German in 2019. It has also appeared in an English-language edition that was released in the U.K. that same year.

A representative for Sternberg Press, the book’s publisher in the U.S., wrote in an email to ARTnews that the pause in the book’s release had come after the publication of accusations of sexual harassment against König. 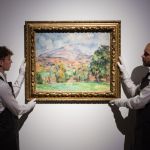 A Seurat Painting Owned By Late Billionaire Paul Allen Has Sold For $149 M. at Christie's

“In light of the allegations against Johann König we have decided to temporarily halt the shipping and promotion ofBlind Gallerist,” the spokesperson said.

A representative for König Galerie, the Berlin-based gallery that König founded in 2002, did not respond to a request for comment.

König was accused of sexual harassment by multiple women, some of whom were not named, in a Die Zeit investigation published in August. The dealer has vigorously denied the allegations and called the report “false and misleading.”

The article included accusations that he had groped women at parties. König responded that “my dissolute and impulsive way of partying, dancing, and talking, the combination of party or nightclub atmosphere, crowded rooms, alcohol, darkness, my poor vision (since an accident in my childhood, my right eye is blind, and I see only 20-30% in my left eye), may have led to women or even men feeling harassed by me, or my actions even perceived as assaultive.”

In October, König’s legal team successfully lobbied a Hamburg court to have the Die Zeit article temporarily removed. The report is now live once more, but per a court order, portions of it cannot be quoted.

Upon its initial release in Europe, Blind Gallerist received a good amount of attention, not just in the art press, but in mainstream media, too, with outlets like the New York Times and the Guardian profiling König.

The book was König’s most public-facing attempt yet to grapple with his disability, which was caused by an accident when he was 12. It charted the ways that his vision has informed his approach to dealing and viewing art, which he has said he sometimes has difficulty seeing.

The page for Blind Gallerist on the website of the MIT Press, the book’s U.S. distributor, appears to have been taken down, and the U.S. edition of König’s memoir is no longer listed on Amazon.

The son of curator Kasper König, Johann König is one of the most prominent figures in the German art scene. He runs an eponymous gallery in Berlin that also operates a space in Seoul. Briefly, König Galerie also operated a venue in Vienna, which the gallery unexpectedly closed this year, saying that it had always been meant as a temporary space.

This week, the artist Monica Bonvicini told Monopol that she was temporarily pausing her representation with the gallery “until the allegations against Johann König are resolved.”