An ancient marble sculpture depicting a Roman politician will soon return home to Italy from the Museum of Fine Arts, Boston. On Monday, the museum announced an agreement with the Italian government to return the artifact, which is believed to have been looted during the second world war.

The sculpture, which dates back to the 3rd or 4th century CE, depicts the head of Roman emperor Maximianus Herculius. It was unearthed in 1931 during an archeological excavation in Minturno, Italy, and was subsequently published in a catalogue of artifacts recovered during the dig in 1938.

During World War II, a group of antiquities stored at the Minturno site were stolen. Historian believe the objects were likely taken by German troops or otherwise “dispersed” by unknown individuals as the war unfolded across Europe, according to a statement from the museum. 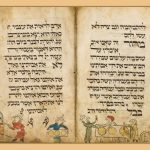 $25 M. Monet Put Up for Sale Under Duress in 1933 to Be Auctioned After Settlement with Original Owner's Heirs

The sculpture, which depicts the Roman politician with a stubble-beard and an intense stare, is rendered in a style taken from Egyptian stone carvings, a catalogue entry for the piece on the MFA’s website notes.

The museum purchased the sculpture—which suffered losses to its original facial features, including its nose, mouth and lower left cheek—from a Swiss dealer in 1961 for $750. Other records of its whereabouts prior to the purchase are lost. At the time of acquisition, the head was said to come from Rome.

The museum’s researchers conducted an internal review of the work’s provenance after an antiquities expert told the MFA in July 2019 that the head had gone missing from Italy during the war. Irene Bald Romano, a professor at the University of Arizona, became aware of the work in the MFA’s collection while conducting research on sculptures from Minturno and tracking their routes after the Nazi era.

Several months later, the museum contacted the Italian Ministry of Culture to inform them of the sculpture’s whereabouts and agreed to return the work after the government agency affirmed the MFA’s research in July 2020.

It is not the only work restituted from the MFA’s collection in recent months. In February, the museum returned a pair of terra-cotta artifacts from a West African trading center. The objects were believed to have been illegally excavated sometime in 1980s, and they were sent back to the Mali government. A few weeks before that, the MFA restituted a Salomon van Ruysdael painting to the heirs of a Jewish collector.