Non-tenure-track faculty at the School of the Art Institute of Chicago, one of the nation’s biggest art schools, said on Tuesday that they planned to join an ongoing unionization effort at the college.

“Our working conditions are intolerable,” the faculty members said in their letter. “We write in protest of a two-tier system of compensation and benefits that is creating a permanent underclass of contingent faculty.” 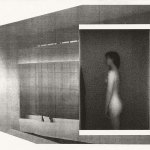 U.S. Pavilion at 2018 Venice Architecture Biennale Will Be Co-Commissioned by School of the Art Institute of Chicago, University of Chicago

In an email to ARTnews, a spokesperson for the school said, “As we shared with faculty, this is a choice part-time faculty will make individually and collectively. If a union is voted in, the School will work with the bargaining team on matters relating to pay, benefits, appointment terms, and other working conditions.”

Anjulie Rao, a lecturer at the school, said that the unionization effort was in part intended to push for equity.

“Faculty of color and women have left the school because they are not receiving the types of contracts, the types of pay they would receive at other institutions,” she said in an interview. “That’s a real tragedy.”

The School of the Art Institute of Chicago spokesperson said that a recent study found that there was “no statistically significant variance in pay based on gender, race, or ethnicity” among employees there, and that contracts for part-time faculty are “standard.”

Ahead of the vote at the Art Institute of Chicago, workers there accused museum management of retaliating against people involved the unionization effort. The museum denied those allegations.

Over the past few years, workers at various museums, from the New Museum in New York to the Museum of Contemporary Art Los Angeles, have led successful unionization campaigns.

Momentum from this burgeoning unionization movement has since found its way into art schools. Last month, faculty at the University of the Arts in Philadelphia announced a push to unionize.