‘Not Everyone Is on Board With Us’: Experts on Protecting Cultural Heritage Amid Ukraine War and ClimateChange

The war in Ukraine and the looming threat of climate change have thrust the issue of safeguarding cultural heritage to the center of conversation among arts and cultural professionals. On Saturday, the New York edition of TEFAF, Europe’s premier art fair, featured a panel discussion devoted to the subject under the title “First Aid to Cultural Heritage in Crisis.”

The panel, which drew a modest handful of listeners, featured two figureheads in charge of cultural heritage initiatives: Corine Wegener, director of the Smithsonian Cultural Rescue Initiative (SCRI), a cultural heritage preservation program and a former Army Reserves officer in charge of monuments protection following the 2003 invasion of Iraq; and Sanne Letschert, who oversees cultural emergency response at a Dutch NGO. 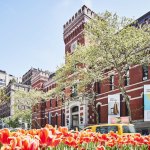 1-54 Cancels 2022 Edition, Citing the 'Reality of the Present World Situation'

The panelists and the moderator, Lisa Pilosi, who heads the Met’s Objects Conservation and serves on the International Council of Museums’ Disaster Risk Management Committee, agreed that their field is poised for advancements, but that they have some convincing to do among their network of global.

“What’s often overlooked is it’s not just a recovery restoration project, but it’s a long-term investment,” Pilosi told the audience.

Destroying cultural heritage intentionally or indirectly—from public monuments, to exhibition spaces, archives, and art collections—has been around since the war’s inception. Key takeaways from the talk reveal that as conflicts continue to mount across the globe, experts are advancing methods to respond to these emergencies in real time. All the same, the three experts agreed that their field is still a long way from preventing destruction in the first place.

“It is our goal not to have to continually respond to a disaster, it’s to break that disaster cycle,” Wegener said.

According to Wegener, safeguarding cultural property often gets left out of the planning that goes into mitigating the aftermath of armed conflict abroad. Unlike many of its foreign allies, the United States is notably without a cultural ministry, where affairs between museums and security forces are often facilitated, she said. Wegener’s remarks echoed long-held debates among experts about whether or not the U.S. should join more than 50 of its international peers in carving out a national agenda to oversee arts and culture via an executive cabinet.

“It’s still a way to erase identity,” said Wegener, on why culture continues to be a major target in contemporary warfare. Some 200 cultural sites in Ukraine have already been reported to have been targeted in the war with Russia. Reports of an airstrike that destroyed a museum dedicated to philosopher Hryhorii Skovoroda, circulated on Sunday; a handful of spaces—from history museums to religious sites to public theaters housing civilians—are among those that have fielded damage from Russian forces over the past several weeks.

Only recently, according to Pilosi, have violations of the Hague Convention—which designates the destruction of cultural property as a war crime—been litigated. However, according to Wegener, during the conflict in Bosnia in the 1990s and Timbuktu in the mid-2010s, numerous individuals were charged with humanitarian crimes that included intentional destruction of religious sites and public squares. The effort to prosecute these crimes, according to Wegener, has been aided by remote technologies and satellite and thermal imaging that organizations like SCRI and UNESCO can use to track damage to cultural sites more precisely.

“Our big challenge has been how to collect that evidence in a timely way,” Wegener said.

While Wegener conducted similar work for conflicts in Iraq and Syria, she noted that time continues to be a major hurdle. In Mosul, she recalled having only 13 hours in the aftermath of the Iraq National Museum looting in 2003 to document the destruction.

Letschert shared insights on some difficulties her organization, the Prince Klaus Fund, faces—mostly in convincing skeptical foreign governments and nonprofits that safeguarding property should be a priority even in the wake of grave humanitarian crises. Funding continues to be a challenge in the field, which gets the bulk of its support from private donors.

“We have some convincing to do, not everyone is on board with us yet,” Letschert said.

It’s not just established institutional archives being tracked. One priority that has arisen out of the Ukraine conflict and others like it, Letschert said, is identifying smaller archives and collections linked to regional, local, and minority groups, moving them to safer locations away from where war’s front lines are concentrated.

The role of culture and the arts—from painting, music, and literature to the museums that facilitate their exposure—extends well beyond preserving the past, Letschert argued. In its ideal form, she said, it deepens social life and abets meaning related to memory and home—reinforcing a civic principle often favored in the West “that there is something to go back to.”

One example she cited was the fund’s work in helping preserve the Arab Image Foundation, an archive of photographs spanning the Middle Eastern, North African, and Arab diasporas, following the 2020 Beirut explosion that ravaged the Lebanese city’s historic center and a thriving art scene. The fund is paying equal attention to communal art centers, she said, as they do centuries-old public relics.

“All are part of the same complex social fabric,” she said.