In a rarity, two artists won Pulitzer Prizes this year alongside a slew of acclaimed writers, journalists, and critics.

The painter Winfred Rembert, who died in 2021, posthumously won in the biography category for his memoir Chasing Me to My Grave: An Artist’s Memoir of the Jim Crow South, which was co-authored with Erin I. Kelly.

Meanwhile, Raven Chacon, a participant in the current Whitney Biennial, won in the music category for his composition Voiceless Mass.

Chasing Me to My Grave, which was published last year, details Rembert’s experiences with racism and the U.S. prison system, and explores how he came to his signature technique of painting and carving leather, a medium that he grew to love while he was incarcerated. Kelly, an academic who teaches at Tufts University, worked with Rembert to turn his spoken memories into this book. In poetic and often piercing detail, Rembert recounts being lynched by a mob and miraculously surviving, being made to perform prison labor, and being enchanted by art-making relatively late in his life. The works he produced were the subject of a survey held at New York’s Fort Gansevoort gallery last year. 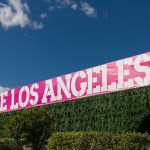 The Sound of Listening: Candice Hopkins's Curating Lets Indigenous Artists Do the Talking

The book is “a searing first-person illustrated account of an artist’s life during the 1950s and 1960s in an unreconstructed corner of the deep South—an account of abuse, endurance, imagination, and aesthetic transformation,” according to a description for Rembert and Kelly’s award. The prize comes with $15,000.

It is the first time a biography about an artist has won in the category since 2005, when Mark Stevens and Analynn Swan won for their acclaimed book on Willem de Kooning.

Chacon’s Voiceless Mass was performed on Thanksgiving of last year at the Cathedral of St. John the Evangelist in Milwaukee, Wisconsin. “As an Indigenous artist, I make a point not to present my work on this holiday, but in this case I made an exception,” wrote Chacon, who is an enrolled member of the Diné nation. It consists of an organ and an ensemble, and it plays on the ways that cathedrals amplify sound in the hope of “giving voice to the voiceless, when ceding space is never an option for those in power.”

In the citation, the Pulitzer Prizes called the piece “a mesmerizing, original work for organ and ensemble that evokes the weight of history in a church setting, a concentrated and powerful musical expression with a haunting visceral impact.” The award also comes with $15,000.