An early painting that Egon Schiele made while still a teenager depicting his uncle and guardian has been rediscovered after its location was unknown for more than 90 years, an Austrian museum said on Thursday.

Leopold Czihaczek at the Piano (1907) was rediscovered in a private collection in Vienna. It will go on public display on long-term loan at the Leopold Museum in Austria, which comprises the largest collection of works by the Expressionist painter. The museum is in the process of trying to raise funds to acquire it, a statement announcing the rediscovery said.

In the painting, Czihaczek is shown in profile playing the pianoin a dimly lit interior. He became Schiele’s legal guardian after the artist’s father died of syphilis in 1905. Czihaczek worked as a railway official and was a recurring subject in much of Schiele’s early work. Known as a preeminent figure in the Viennese modernist school, Schiele was prolific in his output before his death from the Spanish flu at the age of 28. 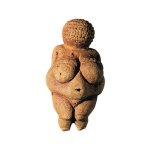 Leopold Czihaczek at the Piano was known from early Schiele studies of the painting and a 1930 black-and-white photograph that shows the small canvas hanging among other works in a living room. The painting was listed in a 1972 catalogue raisonné on the artist. It passed to an acquaintance of Czihaczek, Gustav Huber, who held it until his death in 1945. It then came into the hands of another Austrian private collector. The work finally came to the attention of the museum after its owners inquired about restoring it.

In a statement, Verena Gamper, head of the Leopold Museum Research Center, said the work, “reveals Impressionist tendencies” reminiscent of Schiele’s early work. She added that the work’s formal qualities convey “an effect of being entirely immersed in the music.”

An image of the piece will be part of the museum’s non-fungible token (NFT) collection of 24 paintings and drawings by Schiele, produced in partnership with LaCollection, an online platform that works with museums to sell NFTs of works from their permanent collections. Proceeds from the NFT collection will be put toward restoring the painting and to the museum’s acquisition fund.