Thirty Pre-Hispanic Artifacts Claimed by Mexico to Be Auctioned inParis

The Mexican government called on France Tuesday to halt the sale of 30 pre-Hispanic artifacts, the latest salvo in Mexico’s battle to stop what it has called previously “illicit trade in cultural goods.”

The artifacts, which include Mayan and Teotihuacán objects valued between roughly $79,000 and $127,000 total, are slated to be auctioned in a May 13 sale by the Paris-based auction house the Cornette de Saint Cyr.

Of the 358 objects to be offered, theLarge Standing Figure (250-650 C.E.) is expected to fetch the highest price, with a presale estimate between $26,000 and $47,000. The 13-inch-tall green schist sculpture was shown in the 2012 exhibition “El Quinto sol: Artes de México,” at the Musée Quai Branly-Jacques Chirac in Paris. It is unknown exactly how the piece ended up in France; however, according to the auction house, it hails from a private collection. 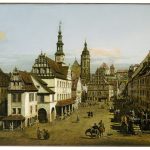 Federal Judge Rules for MFA Houston in Suit Over 18th-Century Painting Brought by German Jewish Owner's Heirs, Who Claim Work Was Sold 'Under Duress' in 1938

Mexico’s secretary of culture, Alejandra Frausto Guerrero, called out the sale in a tweet, demanding that the auction house “stop the sale of 30 pieces that are part of the cultural wealth of Mexico.”

The historical and artistic heritage of Mexico has been impacted by centuries of looting. In February, the Mexican embassy in France—together with those of Ecuador, Guatemala, Panama, Peru, and the Dominican Republic—spoke out against a similar occurrence to little avail.

“We deplore the continuing practices of illicit trade in cultural goods that undermine the heritage, history and identity of our original peoples,” they said in a joint letter.

“The auctions promote looting, illicit trafficking and laundering of goods perpetrated by international organized crime;they deprive the pieces of their cultural, historical and symbolic essence, reducing them to simple decorative objects for individuals and giving rise to a counterfeit market,” it went on.

Andrés Manuel López Obrador, who became president of Mexico in 2018, has prioritized the recovery of stolen objects as a political cornerstone. Over the last three years, through the “My heritage is not for sale” campaign, the country has recovered more than 5,000 pre-Hispanic objects.