A new museum in Senegal dedicated to exhibiting African art and storing repatriated artifacts is poised to open its doors in early 2025, the Josef and Anni Albers Foundation announced this week.

The forthcoming museum, Bët-bi, which translates in the West African dialect Wolof to “the eye,” will be located in the southwestern Senegambia region of Senegal. Spanning 3,280-square-feet, the building will include an exhibition gallery, an event space, and community center in addition to a library.

Leading the design for the new space is Mariam Issoufou Kamara, the founder of the Nigerian-based architecture firm Atelier Masōmī, who was selected by a jury from a shortlist of four African architectural firms to head the project. According to the foundation’s statement, Kamara will pay tribute to the area’s heritage, emphasizing features of the native terrain for the building’s design. 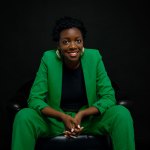 Meet the Curator at the Center of Ghana's Exploding Art Scene

Local curators and museum professionals will staff the museum, which will also participate in guest curator programs with other institutions in Africa and internationally, the foundation’s statement said. The center plans to partner with institutions across the continent to exhibit historic and modern African artworks on loan.

The museum will also serve as a temporary storage space for African artifacts restituted from Western institutions, stepping in for regional locales that lack the resources to preserve them. As part of its programming, the museum will offer tours to neighboring ancient megaliths and heritage sites, four of which have been earmarked by UNESCO.

The initiative is the latest from Le Korsa, a leg of the Albers foundation, which is based in New York, that oversees philanthropic projects in rural Senegal. It was founded in 2005 and is run by Nicholas Fox Weber, who serves as the Senegalese non-profit’s president.

Like other projects to come from Le Korsa, the plan for the museum is inspired by the Bauhaus school, which advocated for a communal style of teaching design and architecture that facilitated dialogues between its residents. The organization’s founders had ties to the European movement.

News of the plan for the museum comes amid pressure on institutional leaders to rectify historical ties to colonialism that are represented in their collections. In 2018, historian Bénédicte Savoy and Senegalese writer Felwine Sarr recommended in a report commissioned by the Macron administration that the country’s museums restitute African artifacts seized under French colonial occupation.

In recent years, major international museums like the Metropolitan Museum of Art and the Louvre have made moves to return African artifacts believed to have been looted from occupied regions.