Suzi Gablik, an art critic and artist whose polarizing work dealt with the end of modernism and the growth of a newer, more spiritual style, died of a long illness at 87 at her home in Blacksburg, Virginia.

Deborah Solomon, an art critic for the New York Times and a close friend of Gablik, confirmed Gablik’s death in an email.

“Suzi had a great talent for admiration, and many artists benefitted from her moral support,” Solomon wrote. “She asked little in return, other than the chance to soak up ideas from the culture and ponder them [to] no end. Her book, Has Modernism Failed, which argued, with remarkable prescience, that art should effect social change and help the environment, was disliked by many of her artist-friends. But she had no regrets and went her own way.” 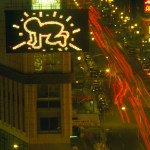 From the Archives: Report from New York–The Graffiti Question (1982)

A Catalogue of Horrors: Suzi Gablik on Edward Kienholz, in 1965

Having gained renown early on for her criticism published by ARTnews and Art in America, Gablik went on to write a series of books beginning in the late ’60s that tackled an array of topics. Many of those books were debated widely in the New York art world and, in some cases, even beyond. She continued to publish criticism in Art in America between the 1970s and 1990s.

During the ’50s and ’60s, she also struck up close friendships with artists such as Robert Rauschenberg, Jasper Johns, and Ray Johnson, and found herself placed at the core of fast-growing and fast-changing New York art scene. Many of her friendships proved long-lasting.

She is even credited in some accounts with having introduced Rauschenberg and Johns, who went on to have a romantic relationship, although in a 2016 Archives of American Art oral history, Gablik said she did not recall having done so.

The first significant book that she published, Pop Art Redefined (1969), was cowritten with the critic John Russell, with whom Gablik led a six-year-long romantic relationship. Produced in tandem with an exhibition held at the Hayward Gallery in London, the book is regarded as one of the first surveys of its kind to take up Pop art.

“It was different to everything else that one had ever seen,” Gablik said in her oral history of Pop art as a movement. “And it was fun—and a little wacky—and it was an intriguing moment in time.”

Despite the place it now holds in art history, Pop Art Redefined was not universally praised upon its release. In her review for the New York Times, Annette Michelson, a scholar best known for her writings on film, panned Gablik’s contributions to the book, writing that “blurring boundaries” between artistic styles had allowed her to cut corners and introduce figures who were not related, including Johns.

Born on September 1, 1934, Suzi Gablik was instilled with an interest in art early on by her father, who took her to museums at a young age while she was growing up in New York. As a teenager, she took courses at the storied Black Mountain College in North Carolina, which had become known for its avant-garde offerings that ultimately pushed art in new and stranger directions. At Black Mountain, she took courses with the Abstract Expressionist painter Robert Motherwell.

“Although I was only there for two months, in that unorthodox environment,” Gablik once recalled, “my maverick self, which was not easily accommodated at home, had the time and provocation to emerge.”

Later on, she attended Hunter College for art and English. There, she studied once more with Motherwell, with whom she remained friendly after graduating.

She subsequentlyhad a romantic fling with Harry Torczyner, a married collector who owned some of the deepest holdings of work by René Magritte at the time. When Torczyner contacted Magritte about a potential meeting with Gablik, the Surrealist painter wrote her, and they established a form of correspondence that ultimately enabled her to write the first English-language biography of him. (She even spent nine months living with Magritte in Belgium while researching.) The resulting book, however, was not published until 1970, one year after Pop Art Redefined.

All the while, Gablik also continued making her own art, which took the form of collages comprising imagery that appeared in magazines. Some of the works from the ’70s conjure edenic vistas filled with roaring tigers and aimlessly roaming sheep. She sometimes showed with Terry Dintenfass, a New York dealer who had helped make artists like Arthur Dove and Jacob Lawrence famous.

Following the Magritte biography and Pop Art Redefined, Gablik took up topics that some may have considered unfashionable. There wasProgress and Artin 1977, a theory-steeped meditation that attempted to understand why old styles give way to new ones, and there was the provocative Has Modernism Failed?in 1984, a treatise that sought to diagnose where art of the first half of the 20th century had gone.

The latter book sounded a mournful note about an increasingly commodified art world and expressed concern over a perceived lack of spirituality in art. Many disagreed with its ideas.

Dealer Eugene V. Thaw tore into Gablik in the Times for her “lack of response to the content, both visual and intellectual, of one of the richest periods in history.” “So what?” asked Frederic Tuten in Artforum.

Yet Gablik remained true to her ideas, reiterating them in books such as The Reenchantment of Art (1991) and Conversations Before the End of Time (1995).

Elizabeth C. Baker, who edited Art in America while Gablik was writing for it, said in an email, “She was indefatigable in dissecting the morality and ethics of art in the world at large, a preoccupation that lasted for the rest of her life.”