The Indianapolis Museum of Art at Newfields announced on Tuesday that educator Colette Pierce Burnette will be its next president and chief executive. She is the first Black woman to lead the institution and will navigate it through a critical chapter in its 139-year-history.

In March 2021, Charles L. Venable, its president and chief executive of nine years,resigned amid outcry overa job listing seeking a director who would work to maintain its “traditional, core, white art audience.”

The museum apologized for the description, which was was subsequently revised to read “traditional core art audience.” It is currently implementing an action plan in response to demands from activists for a stronger diversity commitment and a healthier workplace culture. 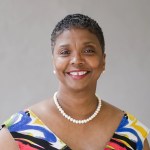 The action plan includes a $20 million endowment to acquire works from underrepresented artists, a program for antiracist and bias training, and hiring reforms. In 2021, Darrianne Christian became the first Black woman to chair the museum’s board.

The botched job description wasn’t the first incident at the museum. In July 2019, Kelli Morgan, an associate curator of American art hired the previous year to lead efforts to diversify the collection, resigned from the museum. In a letter she sent to Venable, as well as the museum board and the local news media, she called out a “toxic” and “discriminatory” culture. She criticized the museum’s lack of training to address racial bias and described a “racist rant” by a board member.

Pierce Burnette is currently president of Huston-Tillotson University in Austin, Texas, a historically Black college where she began working after a tenure in the tech field. She was honored by the city of Austin in 2021 for her work as co-chair for the mayor’s Task Force on Institutional Racism and Systemic Inequities. She starts her new role at Newfields on August 1.

“I am thrilled to become part of a team driven to meet Newfields’ mission of enriching lives purposefully and intentionally through exceptional experiences with art and nature,” Burnette said in a statement. “I am excited to lead Newfields at this unique moment to make it a place every person in Indianapolis and beyond is excited to visit, and every team member is proud to work.”