As U.S. museums make moves to send back looted African artifacts in their holdings, the Denver Art Museum has deaccessioned a Benin Bronze that it has owned since 1955.

The object, a bronze plaque dating from the 16th or 17th century, is said to be from a group of thousands of objects that were plundered from the Kingdom of Benin in 1897 by British troops. Known as the Benin Bronzes, these objects have since been dispersed around the world, with a large number residing at the British Museum in London.

The Denver Post reported on Monday that the Denver Art Museum’s Benin Bronze, a plaque that depicts either a court nobleman or a chief, had been officially removed from the institution’s holdings. The object has not yet been formally repatriated to Nigeria, the modern-day country where the Kingdom of Benin was once sited. 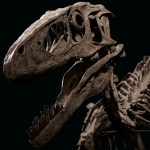 Dino Skeleton Makes $12.4 M. at Christie's, the State of Benin Bronze Repatriations, and More: Morning Links for May 13, 2022

A Denver Art Museum spokesperson said that the plaque is one of the 11 works in the museum’s collection believed to have come from the Kingdom of Benin, though 9 of them date to after 1897. The other of the two Benin Bronzes the museum owns, which is either a bronze pendant or a belt mask, is still the subject of ongoing research.

“The museum will continue to act in good faith as a global partner on matters of art repatriation and restitution,” the museum said in a statement to ARTnews. “To date the museum has not been contacted by anyone in Nigeria about these works or requests for their return.”

In November, the museum told the Denver Post that it was researching the plaque’s provenance. Its deaccessioning suggests that the museum may be moving closer to sending the object back, even though it has not yet done so.

Several U.S. museums have already initiated plans to return Benin Bronzes in their holdings or have even successfully sent them back to Nigeria. Among them are the National Gallery of Art, the Metropolitan Museum of Art, and the Smithsonian African Art Museum.