Employees at the Frankfurt Museum of Modern Art (MMK) have for the second time alleged that the institution fosters a toxic workplace environment.

A six-page letter signed by around 80 percent of the staff reiterated grievances against the toxic workplace environment that were first made in 2019, when the museum’s director, Susanne Pfeffer, was only a year into her tenure. The new letter detailed allegations of physical and emotional abuse, poor management, and an asymmetrical power dynamic with institutional leadership, with some of the accusations centering specifically around Pfeffer.

According to the German outlet FAZ, the internal letter, signed anonymously, was delivered to Pfeffer on April 5 with a request to address its contents within two weeks. 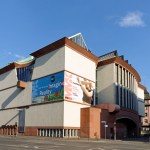 The Best Detail Paint Brushes for Your Painting's Finer Points

“Regular border crossings and complete disregard for the needs of employees,” the letter says, led to “a waste of skills and also to a blatant loss of motivation up to physical and mental disorders such as anxiety and permanent sleep disorders.”

“We are willing to work with you to solve the problems,” it continues. When museum leadership failed to respond to their concerns within the deadline, employees made the letter public.

Among the grievances mentioned in the letter is poor management of museum programming. Decisions related to exhibitions, the signatories allege, are made behind closed doors, without input from staff. “Exhibition or project-related planning,” the letter says, “is largely absent or are subject to constant revision.”

ARTnews has reached out to the Frankfurt Museum of Modern Art for a comment.

In a statement to FAZ, Pfeffer said that she had published an internal response on May 13 that outlined the strong structural reforms she planned to implement.

A veteran of Germany’s art community, Pfeffer was the curator of Anne Imhof’s Golden Lion–winning presentation at the German Pavilion at the 2017 Venice Biennale. She was named director of the MMK in 2017 following a tenure as head of Kassel’s Fridericianum.

In 2019, she curated “Museum,” a well-received show at the MMK that sought “in a time of constant change and the attending sense of powerlessness,” to propose a new institutional structure based on activism, protest, and inclusivity. Last year, with Anna Sailer, she organized “Crip Time,” an acclaimed survey focused on the “vulnerability of our bodies as something constitutive.”