Imagine that you wake from surgery, and your doctor hands you a portrait of the gallbladder that was just removed from you. In the photograph, your gallbladder is about to be eaten by a pelican, stacked on tomatoes. It’s a gift, made out to you in swirling calligraphy.

Hundreds of people in the town of St. Marys, Pennsylvania, had something close to this experience. K. C. Joseph, an Indian American surgeon, spent 15 years making surreal art with his patients’ organs, and now, a selection of which are now on view at Soloway Gallery in Williamsburg.

“He gave me a box of these in 2010 and said ‘Make me a famous artist,’” recalled Melissa Joseph, the surgeon’s daughter and the curator of the Soloway Gallery show. “I was like, ‘These are weird,’ and then I put them under my bed for 10 years.” 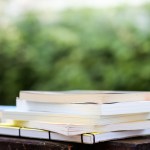 Essential Books: 6 Indispensable Guides to Succeeding As an Artist

The 5 Best Camera Shoulder Bags for Protecting Your Gear

At the time, Melissa hadn’t yet become an artist. As she entered into her own creatively, she found the vocabulary with which to understand and appreciate her father’s work.

“I began to see him as an outsider artist, and could recognize what a rigorous practice looks like,” she said.

Joseph died when he was in his late 60s, in 2015. “I wish, before he died, I had asked him more questions about it,” she continued. “I’m regretting it so much now, kicking myself.”

Before each surgery, Joseph would adorn a notecard with the patient’s name, written in careful calligraphy. A few torn-out pages from magazines in the waiting office would be collaged together to construct a simple, often comical backdrop, though he had started out drawing the landscapes by hand.

A gallbladder, or occasionally a gallstone, would be placed just so. Then Joseph would snap a photo with the endoscope he had used during surgery. By the time his patient was off the operating table, Joseph would have this keepsake in hand, ready for them to take home.

That Joseph, as the lone non-white person in his town, might not want to engage in such a practice seemingly never crossed his mind.

“It was a small town—people had big personalities,” said Melissa, explaining the casual way in which her father’s patients took these strange offerings. “He said people loved them. I was unsure if that was really the case. Later, when the show came out, people reached out to say that they did love their pieces—someone had even framed one. But before the show, around town, people would show me surgery scars my dad had given them. No one ever mentioned the pictures.”

While Joseph also drew and painted, he didn’t express any longing for a career as an artist. Born in 1947 in Kerala to a Catholic family, he later immigrating to the U.S. in 1972. He found satisfaction in his profession as a surgeon.

There are questions concerning Joseph’s oeuvre that have gone unanswered: When did he start making art, and why? What inspired him to use magazine cutouts? Were the pictures inspired by his patient’s in some way? How did people really react when he gave them this present?

And then, the biggest question of it all: What would he have made had he not died relatively young? It’s hard to say, although it seemed he had big medical aspirations that would potentially have informed his work. “What he would have really liked was to be a plastic surgeon,” his daughter said, “but he couldn’t break into it.”