The Andy Warhol Museum in Pittsburgh has launched a $60 million development project that will transform the museum’s surrounding neighborhood into a cultural hub drawing on the Pop artist’s legacy.

The plan for the expansion project, which will be rolled out over the next decade, spans six blocks and is aimed at turning the local area home to the museum’s campus into a tourist attraction with public art installations and live performances, hoping to draw galleries and local businesses.

The Pop District, which sits across from the Andy Warhol Bridge will serve as an extension of the city’s North Shore cultural hub, also home to the Carnegie Museum of Art. Consulting firm Chora Creative projected that the development will neta positive economic impact of $100 million dollars. 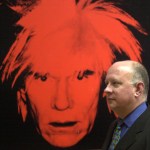 Thomas Sokolowski, Open-Minded Museum Leader with an Activist Spirit, Is Dead at 70

'I Saw Music as Less Commercial and More Free': Kim Gordon on Her Warhol Museum Survey, Her Career as an Artist, and Working with Larry Gagosian

Sam Reiman, director of the Richard King Mellon Foundation, one of the project’s top funders, said in a statement that the aim for the initiative is to make Pittsburgh a “national leader in creating new cultural models for American cities.… and a magnet to attract and retain young creative talent.”

The first part of the two-phased project will extend until 2024, for which a majority of the $30–$40 million budget has already been secured through private donations.

The local arts scene in Pittsburgh is nascent, without any major dealers wielding influence beyond the city. The base of young creatives in the area is largely populated with graduates of M.F.A. programs at Carnegie Mellon and the University of Pittsburgh. Some sources in the area say they are seeing changes, with young artists opting to stay local due to the pandemic’s shift towards remote work and rising living costs in coastal hubs.

With the development project, the Warhol Museum plans to expand Warhol Creative, a workforce program aimed at young people it debuted in September. Focusing on BIPOC, LGBTQ, and immigrant workers, the museum said the long-term goal is to generate $1 million in annual income for workers with the program.

Describing the project as a means to boost the local economy that takes cues from Warhol’s entrepreneurial spirt, Patrick Moore, the museum’s director, said in a statement, “We now have the plan and resources to follow suit as an agent of change for Pittsburgh.”