[Update 05/31/22: The trials of Luis Manuel Otero Alcántara and Maykel Castillo Pérez began as scheduled in the Cuban capital of Havana. Reuters reported that diplomats from several countries were barred entry to the court where the trial was taking place.]

Luis Manuel Otero Alcántara, a Cuban dissident artist, is set to stand trial in a Cuban court at the end of the month, human rights groups announced on social media today.

Otero Alcántara, a visual artist and member of the San Isidro Movement, a collective of artists and dissidents fighting censorship in Cuba, was arrested last July amid island-wide anti-government demonstrations.

Otero Alcántara has been in pretrial detention since then and, according to the Human Rights Watch, the prosecutor has recommended he be sentenced to seven years in prison on a range of charges including contempt and “insulting national symbols” for his use of the Cuban flag in the performance pieceDrapeau, in which he wore or carried the flag without interruption for a month. 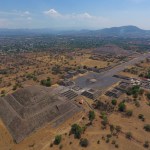 Tania Bruguera Detained Amid Protests Over Artistic Freedom in Cuba

In a joint statement, Human Rights Watch and Amnesty international said the Cuban government should “immediately and unconditionally” release Alcántara and Maykel Castillo Pérez, a rapper and fellow dissident who faces ten years on similar charges.

“Maykel Castillo Pérez and Luis Manuel Otero Alcántara are being prosecuted for exercising their human right to criticize their own government,” Tamara Taraciuk Broner, acting Americas director at Human Rights Watch said in a statement. “Latin American governments should not stay silent when artists are threatened with prison for speaking out, the extreme intolerance typical of brutal dictatorships in the region’s past.”

The groups reported that Otero Alcantara and Castillo Pérez have trial dates set for May 30th and 31st, respectively.

Last summer, food shortages and a worsening standard of life exacerbated by the COVID-19 pandemic inspired the largest demonstrations seen in Cuba in three decades. The government responded to the deepening frustration with a crackdown on communication and freedom of expression, such as cutting web and telephone services, which made it difficult for demonstrators to organize. Human rights groups reported that dissident leaders were being subject to surveillance and arrest.

Tania Bruguera, an outspoken anti-government artist-activist, said in July that she had been taken in for questioning and later released, while fellow activist Hamlet Lavastida was detained at the maximum-security prison Villa Marista.

Otero Alcántara was detained on July 11, 2021 while en route to protests at Havana’s Malecón boardwalk. He was transferred to the Guanajay maximum security prison.

“I’m going to the Malecón, whatever the cost,” Alcántara said in a video streamed on his Facebook the day of his arrest. “Enough of political prisoners, we want democracy.”

According to Human Rights Watch and Amnesty International, Cuban authorities have offered to release Castillo Pérez and Otero Alcántara in exchange for their indefinite exile from the island, a “historic practice by the Cuban government that has been applied to other critics in recent months, in violation of the right to enter one’s own country.”

Otero Alcántara has rejected the offer in a searing public statement.

“First, I will tell you I am an artist and a human being struggling to get out of this unjust prison, but every day my love of free and honest art grows firmer,” he wrote. “Each day, I grow firmer in my love for what is human and in my love for Cuba.”

The statement concluded, “My message to the Cuban people is that freedom is coming soon, that I’m really charged up, and that freedom will come as soon as possible, you’ll see.”