This past Thursday, the Christie’s Hong Kong modern and contemporary art evening sale brought in a combined HK$1.4 billion ($184 million) with premium, hammering just above the expected low estimate of HK$1.2 billion ($150 million).

Despite Hong Kong and Shanghai having just emerged from another strict lockdown period, the sales performed well, with a relatively high 93 percent sell-through and records set for 11 artists. Among them were established figures like Hernan Bas and Zhang Enli, as well as those whose markets are still growing, like Ayako Rokkaku and Rhee Seundja.

Across the 59 lots offered, 55 sold. Just four lots were withdrawn from the sales lineup. Eighteen lots, or around 30 percent of the sales offerings, were backed with financial guarantees. 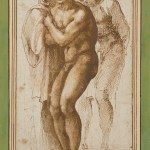 Christie’s Hong Kong–based auctioneers Georgina Hilton and Liang-Lin Chen, both of whom are relatively new to the rostrum, oversaw the two-part sale. The latter made her debut as an auctioneer on Thursday following Christie’s Asia chairman Elaine Kwok’s departure for Hauser & Wirth this past February.

High-value works by Pablo Picasso and Zao Wou-Ki anchored the night’s sale series. Both were on sale as part of an ongoing push to offer major lots by blue-chip historical Western artists alongside Asian ones to collectors in the Asia-Pacific region.

Among the top lots in the sale was Picasso’s 1969 canvas Buste d’homme dans un cadre, which depicts a matador figure that populated some of the Spanish painter’s later works. It was once owned by the late actor Sean Connery, best known for playing James Bond.

After attracting five bids, the painting hammered at its expectation of HK$150 million ($19 million), going for a final price of $22 million to a bidder on the phone with Christie’s Hong Kong–based contemporary art specialist Cristian Albu. The result makes it the second-most-expensive work by Picasso to sell at auction in the region, though the sum is a far cry from Picasso’s $179.4 million worldwide auction record.

Zao, whose works tend to perform particularly well at Hong Kong auctions, was represented at the Christie’s sale by 29.09.64. Coming to sale with a guarantee, it dates to a part of Zao’s career known as the Hurricane Period, between 1959 and 1972, when he produced what are considered to be his finest works. The abstraction sold for HK$278 million ($35.4 million), nearly doubling in value since its last sale, in 2017 at Christie’s, where it made a then record HK$152.9 million ($19.6 million).

Yoshitomo Nara’s Wish World Peace (2014), featuring one of the Japanese artist’s signature wide-eyed protagonists, also returned to auction at this week’s Christie’s sale, where it sold for HK$97 million ($12.4 million) nearly quadrupling in value from when it was last sold, in 2016, for $2.3 million.

Records fell for market darlings at the Christie’s sale, but it was a Scott Kahn painting that stole the show.

Kahn’sBIG HOUSE, HOMAGE TO AMERICA (2012) sold for HK$11.3 million ($13.2 million), 11 times its HK$1 million presale estimate. The painting depicts a Federal-style mansion backlit by a setting sun. The 76-year-old American artist has had a recent comeback, and is the subject of a current show at Almine Rech.

Hernan Bas’s The Overly Prepped Boy (or The Approaching Glacier), from 2012, bears a striking resemblance to the Ghenie painting—and likewise performed well. It sold for HK$9.8 million ($1.2 million), against an estimate of HK$4.8 million ($611,500).

Five bidders competed for a painting by the Los Angeles–based Hilary Pecis, whose market has rapidly grown in the past year. At Christie’s, her 2020 painting Big Boy exceeded its high estimate of HK$2 million ($255,000), to go for a final price of HK$9.2 million ($1.1 million).