Nathaniel Chastain, a former OpenSea executive, has been arrested and indicted by the FBI on wire fraud and money laundering charges, marking the first time anyone has been charged by U.S. authorities in connection with an alleged insider trading operation on an NFT platform.

Last September, Chastain became the center of controversy in the NFT scene after Twitter user 0xZuwu.eth brought the allegations against him to light.

According to the indictment, as the former head of product Chastain had been in charge of selecting which NFTs would be featured on OpenSea’s home page. Knowing that the featured NFTs would soon jump in value, Chastain repeatedly bought NFTs from soon-to-be-featured artists and then sold them at much higher prices. 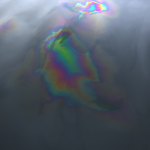 FBI agents said that, on August 9, 2021, Chastain bought 10 NFTs from a series named “Flipping and Spinning” before it was featured. Once it was featured, Chastain was able to sell them for amounts between 250 percent and 300 percent more than what he originally paid.

“NFTs might be new, but this type of criminal scheme is not,” said U.S. Attorney Damian Williams in a statement. “As alleged, Nathaniel Chastain betrayed OpenSea by using its confidential business information to make money for himself.”

Chastain used anonymous Ethereum wallets instead of his public Ethereum wallet to conceal his activities, according to the indictment. Still, blockchain technology is transparent enough that it was possible to track how these assets moved, eventually ending up in Chastain’s public wallet.

On September 15, after the initial allegations were made by 0xZuwu.eth via screenshots that appeared to document the suspicious transactions, Chastain was let go and OpenSea changed their policies. After he left OpenSea, Chastain founded a startup called Oval, which is an NFT platform that is designed to make discovering new creators easier.

At the time, Devin Finzer, CEO of OpenSea, wrote, “OpenSea team members may not buy or sell from collections or creators while we are featuring or promoting them. Employees are also now prohibited from buying or selling NFTs using confidential information, even if the NFT is being sold on different platforms.”

In response to the news of Chastain’s arrest, an OpenSea representative shared the following statement:

“As the world’s leading web3 marketplace for NFTs, trust and integrity are core to everything we do. When we learned of Nate’s behavior, we initiated an investigation and ultimately asked him to leave the company. His behavior was in violation of our employee policies and in direct conflict with our core values and principles.”

An attempt to reach a representative for Chastain through an Oval spokesperson was not immediately successful.

FBI Assistant Director-in-Charge Michael J. Driscoll said in a statement, “With the emergence of any new investment tool, such as blockchain supported non-fungible tokens, there are those who will exploit vulnerabilities for their own gain. The FBI will continue to aggressively pursue actors who choose to manipulate the market in this way.”