Nigerian singer Mr Eazi, a global popstar known for hits like “Skin Tight,” “Bankulize,” and “Leg Over,” is collaborating with top African visual artists for his upcoming debut album, the artist told ARTnews.

For the album rollout, Eazi will work with contemporary artists to create unique art pieces to accompany each song. The pieces will be tokenized and shared with the public through specially-curated metaverse and physical events.

Eazi has achieved global recognition as the creator of Banku Music, a blend of Ghanaian highlife and Nigerian chord percussions. Eazi was nominated for Best International Act by the BET Awards in 2019 and won a Latin Grammy in 2020, and has collaborated with megastars like Beyonce, J. Balvin, Bad Bunny, Nicki Minaj, and Major Lazer, along with other Nigerian stars like Burna Boy. 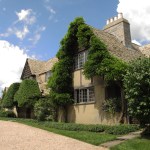 Dame Paula Rego, as Remembered by Artist Natalie Frank: 'The Greatest Drawer and Printmaker Of Our Time'

Eazi first had the idea for the collaboration in 2020 while visiting the Noldor Artist Residency, Ghana’s first independent artist residency and fellowship program. The year prior, Eazi had launched emPawa Africa, a talent incubator to support rising African artists.

“I started to see the similarities between the music space and the art space in terms of the business model my company emPawa does … [which] finds artists, musicians and works with them, nurtures them and their careers, and gives them the opportunities to break into the world,” said Eazi.

While visiting Noldor, Eazi met artists and purchased pieces and talked with the residency’s founder, director, and his “good friend,” Joseph Awuah-Darko.

Inspired by that sentiment, Eazi decided to collaborate with artists in each country where he records the album. The artist-entrepreneur is always traveling — when we spoke he had just completed a Business of Entertainment, Media, and Sports program at Harvard Business School – and he is currently building emPawa Africa, emPawa Distribution, a digital music aggregator, and other ventures.

“What this album means to me is a journey into new territory,” said Eazi. “It’s supposed to be an immersive experience where when you look at this album, you say ‘oh wow, Eazi’s album was a beautiful exhibition.’”

The first single on the album, “Legalize,” features artwork by Beninese painter Patricorel, who painted the piece live during the debut performance of the song at an intimate, invite-only concert in Lagos.

The pair met when Eazi visited Cotonou, the capital of Benin, while recording the album.

The song, a heartfelt ode to his partner, Nigerian actress Temi Otedola, is one of Eazi’s most personal tracks yet. Eazi and Otedola got engaged in April while shooting the music video for “Legalize” in Venice.

Check out the new single, and the collaboration with Patricorel, here:

Eazi said that he hopes the fine art collaboration, like his music videos, helps tell the story of the music.

“I started to think … ‘Why don’t I work with artists to be able to co-create pieces that represent the music so that captures the essence of the music on a canvas?’” said Eazi

The collaboration builds on Eazi’s ongoing initiative to support African creatives through his platform as an entrepreneur and a global music star and to “build cultural capital for creatives across the continent.”

“I feel like with this collaboration with the artists, we are [making] this accessible to my fans who would have normally not looked towards art in this form and introducing them to this world,” he said.

“And taking the veil away from [the thinking] that this one is for ‘dadabees [a West African term for children of wealthy family] or the elite.”