WATER FINDS ITS OWN LEVEL.First, the bad news: TheCosquer Cave, which is located off the coast of Marseille, France, and filled with prehistoric paintings, is at risk ofbeing completely floodedbecause of climate change, theAssociated Pressreports. The better (though not exactly great) news is that a virtual replica has been created and was put on display in Marseille this past weekend. On a related note, artistsMark Bradford,Andrea Bowers, andJenny Holzerare presenting anambitious art showin Los Angeles this week that aims to draw attention to the climate crisis, theLos Angeles Timesreports. Holzer is showing her trademark text pieces in a variety of formats (billboards, light projects). One reads, “We have the fundamental right to a livable future.” 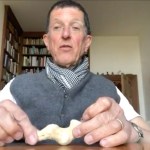 GREXIT.SculptorAntony Gormley, who has mounted many high-profile productions in his native Britain (Angel of the North, for one), said that he isobtaining German citizenshipin response to the United Kingdom’s withdrawal from the European Union, theGuardianreports. “I’m embarrassed about Brexit: it’s a practical disaster, a betrayal of my parents’ and grandparents’ sacrifice to make a Europe that was not going to be divided again,” Gormley said at a press event for his new retrospective at theMuseum Voorlindenin Wassenaar, the Netherlands. “It’s a tragedy.” The artist, who has a German mother, expects to receive the new passport next month.

Two French graffiti artists—Julien BlancandPierre Audebert, who went respectively byJibeoneandFull1—were killed when they were struck a train in New York in April. The international graffiti community has been mourning.[The New York Times]

TheNational Gallery of Australiain Canberra will need to spend AU$87 million (about US$62.9 million) over the next five years on internal repairs and upgrades to its buildings, internal documents show. At the moment, only AU$20 million (US$14.5 million) has been allocated, leaving a “budget black hole in wait for new Arts MinisterTony Burke,”Linda Morrisreports.[The Sydney Morning Herald]

TheOpenSeaNFT platform has been accused by some users of not doing enough to prevent theft and plagiarism. Its leadership said it is taking steps to combat those issues. “Like every tech company, there’s a period where you’re catching up,” its chief,Devin Finzer, said.[The New York Times]

On Friday, police were investigating a death that occurred at theWorcester Art Museumin Massachusetts. Additional details about the case have not been reported.[Telegram & Gazette]

The artistLydia Ourahmanewill soon have her installationBarzakhon view at theS.M.A.K.museum in Ghent, Belgium, a recreation of her onetime apartment in Algeria with 5,000 of her possessions. She does not mind people looking through her stuff, she said.“There’s nothing in my life that I’m ashamed of really, because my life is pure.”[The New York Times]

Here is a look behind the scenes of the recent (secret!) auction of a 1955Mercedes-Benz300 SLR Uhlenhaut for $143 million—the most ever spent for a car on the block.Simon Kidston, the car expert who helped engineer the sale, said that the winning “client took the view that he would pay whatever it is.”[Vanity Fair]

TIES THAT BIND.This past weekend, artistsLuke GeorgeandDanielKok used rope totie up five playersfrom theAustralian Football League(Australian rules football, for the uninitiated) to recreate a famous play from a 2011 game, as part of theRisingfestival in Melbourne.Interviewed before the event at theNational Gallery of Victoriaby theGuardian, George said that he was expecting “people who are avid footy fans, people who are there because of Rising, and people who like rope bondage—something fascinating can come from creating this space.”[The Guardian]