The awards are part of the foundation’s Paper Project initiative, which was started in 2018 to support the professional development of curators studying the graphic arts.

This year’s grantees include the Smithsonian in Washington, D.C., the Courtauld in London, the Museum of Modern Art in New York, and the Yale University Art Gallery in New Haven, Connecticut. International recipients of the awards include the Museo de Arte Contemporáneo in Peru and Heritage Malta. 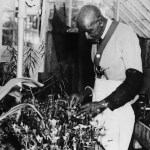 “These grants celebrate the resourcefulness of graphic arts curators who are focusing on hidden gems and neglected artists within their institutions’ own walls that can resonate with today’s museum audiences,” Heather MacDonald, a senior program officer at the Getty Foundation, said in a statement. “We’re also empowering curators to collaborate with conservators and use cutting-edge technology to unlock paper’s material secrets.”

One such undertaking includes the Albright-Knox Art Gallery’s digital project on the works on paper of the late Venezuelan-American artist Marisol that is being done in conjunction with a forthcoming retrospective of her work. The microsite will serve as a repository of Marisol’s nearly 400 works on paper, with an essay and a searchable image gallery.

Marisol’s large-scale sculptures combining elements of pop and folk art received critical and commercial attention in the 1960s and ’70s, while her works on paper remain lesser-known.
“Marisol’s little-known but lifelong practice on paper rivals her sculptural practice in its ingenuity and variety,” Julia Vázquez, a curatorial fellow at the Albright-Knox who is leading the research, said in a statement. “I am thrilled to be spearheading an initiative to bring this body of work to light and to amplify the work of a Latin American woman and immigrant artist who belongs in the history of 20th-century American art.”

Another grantee, the Courtauld Gallery in London, will focus on painter Paul Gauguin’s last major manuscript Avant et après (Before and After), which features 213 handwritten pages of drawings and text. Completed during the last month’s of Gauguin’s life, the memoir-manifesto criticizes the French colonial and church authorities in Polynesia and includes musings on his friendships and personal struggles.

As the Courtauld plans its public presentation of the manuscript, the grant will support research by Gauguin scholars, paper conservators, and prints and drawings specialists to better understand the materials, structure, and context of the volume.

Past recipients include Beaux-Arts de Paris, the British Museum in London, the Metropolitan Museum of Art in New York, and Museum Boijmans Van Beuningen in Rotterdam.The full list of the 2022 grantees follows below.