Marian Goodman, one of the world’s top galleries, has announced that it will expand to Los Angeles, beginning early next year. The move follows a groundswell of New York galleries that announced last winter that they would set up shop in Southern California.

The gallery’s new location will take over a 1920s warehouse campus in Hollywood, located at 1120 Seward Street just above Santa Monica Boulevard. It will be combined into one unified space by L.A.-based architectural firm Johnston Marklee. The inaugural programming will be announced in the fall.

Though several galleries have recently announced forthcoming locations in L.A., including David Zwirner, Lisson Gallery, Sean Kelly, and Pace’s merger with Kayne Griffin, Phillip Kaiser, the gallery’s president and partner, said their expansion to L.A. had been a long-time coming. 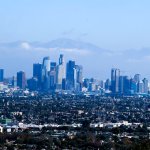 “Now there are a lot of New York galleries opening here, but in our case, there’s an inherent logic to open here. We didn’t wait for others to open—it just took us a little longer,” Kaiser, who was previously a curator at L.A.’s Museum of Contemporary Art before joining the gallery in 2019, toldARTnews in a phone interview from Los Angeles.

In fact, Marian Goodman, the gallery’s founder, once operated a space on La Cienega Boulevard on the Westside for two years in the 1970s that was an extension of her Multiples, Inc. publishing platform. “L.A. has always played a vital role for the gallery,” Kaiser added.

The L.A. space joins ones the gallery operates in New York and Paris; in 2020, the gallery closed its London location and it now operates a project-based program in the British capital. In the coming months, the gallery’s senior leadership—Goodman, Kaiser, and its other four partners Emily-Jane Kirwan, Rose Lord, Leslie Nolen, and Junette Teng—will look to build an L.A.-based team.

Among the artists the gallery represents who are based in the city include Paul Sietsema, Maria Nordman, and Tacita Dean, who is also based in Berlin. She also represented the late artist John Baldessari, who was a longtime Angeleno until his death in 2020, for two decades.

Similarly, Kaiser pointed out that many of the gallery’s artists have had major institutional showings at L.A. museums, including Julie Mehretu at the Los Angeles County Museum of Art in 2019, Pierre Huyghe at LACMA in 2014, Dan Graham at MOCA in 2009, Robert Smithson at MOCA in 2004, and Gabriel Orozco at MOCA in 2000.

“It’s very important for us to have a platform for us to deepen the presence of these artists in L.A.,” Kaiser said. “We want to present them to a wider audience. We want to create and contribute meaningful shows to the L.A. community. We won’t be recycling New York shows. We see it as an opportunity to develop unique projects.”

The 13,000-square-foot complex will include 5,000 square feet of exhibition space, viewing rooms, office space, and parking. The exhibition space will be divided into two main galleries and one smaller gallery and features 26-foot-high ceilings. A key feature of the location will be a landscaped garden that will feature native plants and outdoor artworks. The garden will be accessible via North Hudson Avenue and serve as the gallery’s primary entrance.

But though the gallery will be in an impressively large space in L.A., it will be in character with its other locations, according to Kaiser.

“This space is very Marian Goodman,” Kaiser said. “The gallery in New York is on an upper level so you take an elevator; the gallery in Paris you enter through a historic courtyard. This space too is a little hidden gem.”