The fee to exhibit at Unlimited lies somewhere between $18,000 and $20,000, according to Mary Sabbatino of Galerie Lelong & Co., which presented Leonardo Drew’s Number 341(2022) along with Goodman Gallery and Anthony Meier Fine Arts.

“The actual rental for Art Unlimited is not that much—they make it kind of low,” Sabbatino told ARTnews.

But that fee doesn’t account for the cost of bringing the work to Basel and installing it.

Sabbatino added, “I was speaking with someone about the costs the other day, and I said, ‘I think it cost about $100,000.’ Our director looked at me and said, ‘No, I think it’s more.’” 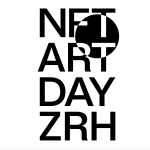 NFT Art Day Zurich: Can the art world and NFT world become one?

Additionally, the fee for Unlimited is on top of the normal booth fee that galleries pay, which reportedly ranges from $12,000 for a small space for young galleries to as much as $100,000 for a mega-sized space for a blue-chip with choice of location. Galleries can spend as much as $400,000 exhibiting at the fair, once you factor in lodging, dinners, parties, and promotion.

For Galerie Lelong & Co., shipping costs alone totaled tens of thousands of dollars, and that was after Drew managed to cut down the amount of shipping containers from four to two. Seven people alone had to be flown into Basel to put together the installation, which looks like a massive explosion of charred wood that was detonated in the middle of the exhibition floor. (This particular installation of Number 341 included pieces that were with the gallery, pieces that had been used in a recent exhibition, pieces that Drew had in his studio, and additional material that Drew made especially for Unlimited.)

These labor costs are quite high. Then there are the construction costs of building walls and reinforcing existing structures. On top of it all, two security guards had to be hired as well. Still, Sabbatino seemed optimistic about the effort expended to bring the work to Art Basel, describing the placement in Unlimited as a “success.”

Some have found clever ways to avoid these financial hurdles. Dealer Susan Vielmetter, of the L.A.-based gallery Vielmetter, presented Kennedy Yanko’s sculpture By means other than the known senses (2022). To bring down costs, she had Yanko craft the work not in Brooklyn, where she is based, but in Europe.

“We gave her the measurements of the largest possible trucking container, and she was able to make it a sculpture within an inch of that size,” said Vielmetter. “It was an amazing accomplishment.”

Shipping the works from Amsterdam cost about $30,000–$40,000. That ended up being one of the smallest costs associated with the project, considering the labor costs and everything else that went into making the work.

All of which begs the question: is presenting these massive works really worth it? Despite people’s assumption that most works at Basel are pre-sold, neither Sabbatino nor Vielmetter said they had found buyers for these works yet, though the latter dealer reported that several institutions had taken an interest in Yanko’s sculpture. (Lelong also has a booth of smaller works in the main section, and Sabbatino said works there were selling well.) And of course, it’s still early in the fair’s run.

Part of why some galleries bring works to Unlimited may have less to do with sales and more to do with the clout associated with the section. Giovanni Carmine, who curated Unlimited this year, described a rigorous selection process for the works he ended up including.

“We start meeting with artists and gallerists basically the day after Unlimited closes, thinking about what works would do well in the space,” said Carmine. “It’s a very intense time for these relationships. Then we receive applications and we narrow down to the most interesting proposals, whether it’s because the works are rare or unique, or fit the time.”

Considering that the Unlimited space was designed for large scale works, it follows that the gallerists make the cut are those that can offer ambitious works and can afford to display them. It’s no surprise, for example, that David Zwirner is presenting not one but several works at Unlimited, at times with other galleries, by Stan Douglas, Juan Muñoz, Jordan Wolfson, and Andra Ursuţa. Also participating are two of David Zwirner’s competitors, Gagosian and Hauser & Wirth.

Additionally, there is a kind of pride in pulling something like this off, a weight that carries, of course, into the main exhibiting floors of Art Basel.

In reference to Galerie Peter Kilchman’s installation of small paintings by Francis Alÿs, Vielmetter said, “I look at that and I think maybe I’m crazy for bringing such a work [as Yanko’s].” She paused and added, “But seeing it here, it makes all the pain worth it.”

[Editor’s Note: This article has been updated to clarify that galleries exhibiting with Art Basel Unlimted are paying a fee in addition to typical exhibition fees, not as an alternative.]