The director of the National Museum of Slovenia in Ljubljana has resigned amid the cancelation of an exhibition that was to contain works that some said were forgeries.

The show, titled “Travels,” was to feature a group of works by 20th-century artists like Henri Matisse, Pablo Picasso, and Marc Chagall from the Slovenia-based Boljkovac family. Members of the family, who have not yet commented on the allegations, loaned 160 works that the museum believed were produced by those famed modernists and others.

Little information about the Boljkovac family is publicly known. Slovenian outlets have linked the collection’s lenders, whose individual identities have not been confirmed, to the Croatian politician Josip Boljkovac, who died in 2014. 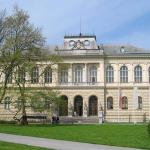 Just hours before the show was scheduled to open, the state-run museum’s director Pavel Car announced it was canceled after several art experts raised concerns about the collection’s authenticity upon seeing the exhibition catalogue. “You don’t need to be an art history expert to notice it,” art historian Brane Kovič told the Slovenian outlet N1.

On Friday, the Guardian reported that Ljubljana police had launched an investigation into the claims “with the collaboration of pertinent institutions.”

Car, who was previously a computer scientist and has not directed another museum previously, said he reviewed the paintings’ authenticity certificates provided by the lenders. He resigned on Thursday amid mounting criticism over due diligence.

The 200-year-old museum’s removed all reference to the exhibition from its website last week. Car, who took up the position as director of the museum in December 2020, has not yet commented on the allegations concerning the works in the show.

Slovenia’s newly appointed culture minister, Asta Vrečko, told the publication 24ur that government officials had arranged a meeting with experts to review documents associated with the loans of works before the show was canceled. The exhibition was not included in the museum’s annual plan.

The controversy comes amid a recent blow to the country’s imperiled cultural sector. Last year, Slovenia was placed on the Civicus Monitor Watchlist, which tracks countries where civic rights are at risk, after the government slashed cultural funding and climate-related initiatives. In January, leaders of the Slovenian contemporary arts nonprofit Maska Institute penned a letter saying the funding cuts were a “sign that the Ministry does not want the field to have a future and a brutal demonstration of power.”