The U.K. art dealer Robert Newland could face extradition to the U.S. for allegedly aiding the the embattled art dealer Inigo Philbrick in defrauding his clients out of millions of dollars, the Daily Mail reports.

Extradition proceedings for wire fraud are due to take place at a Westminster court, with a hearing scheduled to take place in November. Newland’s bail has been set at £250,000 ($307,000), according to the Art Newspaper.

Newland, who previously served as head of sales for the art-and-technology firm Superblue, was indicted in March by a U.S. grand jury, which charged him with providing “false documents” and making “material omissions regarding the sale, ownership and provenance of artworks” in connection to Philbrick’s dealings. 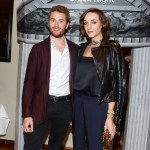 The jury said that Newland had played a role in creating “a scheme and artifice to defraud and for obtaining money and property by means of false and fraudulent pretenses.”

Newland was first named as a suspect in February. At the time the New York court unsealed his indictment, Newland was on temporary leave from his position as head of sales at Superblue, which is based in Miami.

Philbrick was accused of defrauding clients by selling works of art to multiple investors simultaneously while putting up the works as collateral on loans. He pled guilty to wire fraud last year and began serving a seven-year prison sentence last month.

Newland reportedly met Philbrick at London’s White Cube gallery in 2010, when Newland was an employee in the gallery’s finance department. The gallery’s owner, Jay Jopling, helped Philbrick get his start in secondary market art sales, setting up the company Modern Collections in 2013. Philbrick later spent a year working in sales at Hauser & Wirth before allegations of fraud arose in 2019.