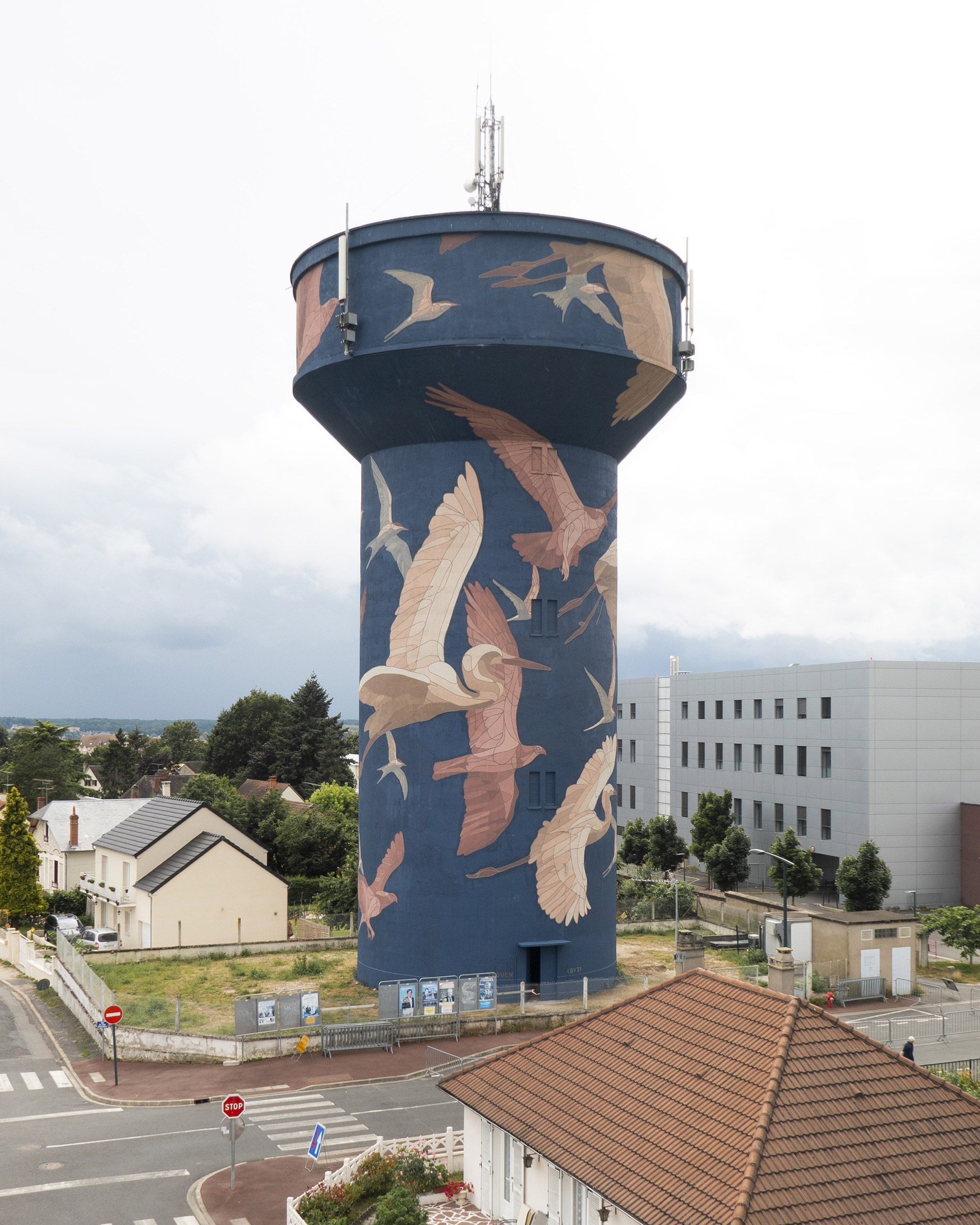 A 35-meter tower looming over Gien, France, is the site of a new mural by Taquen that celebrates the inherent life-giving properties of water. Set against a deep blue backdrop, the massive artwork titled “Eau de Loire” features a flock of ospreys, herons, and common terns, which often are spotted near the banks of the Loire River that runs through the area, as they fly around the tank in an endless loop. “Water has always been synonymous with life,” the Madrid-based artist says, noting that the source is as vital to the city’s inhabitants as it is the region’s wildlife.

Broadly focused on change, Taquen’s works explore the complex relationships species have with each other and the larger environment, a recurring theme that manifests in this recent project through the birds’ perpetual motion. “For me, movement is a basic form of knowledge, to get to know myself and my environment and learn to respect it,” he says. “Birds are great symbols of freedom, animals that migrate thousands of kilometers each year with no one who can stop them.”

Taquen just completed a piece in Vigo, Galicia and is headed to Camprovin, La Rioja, Spain next. In September, he’ll be at Mostar Street Art Festival in Bosnia and Eternelles Crapules at Briançon, France, before heading to a residency in Saint Palais and later to Bayona. Follow along his travels on Instagram. (via Street Art News) 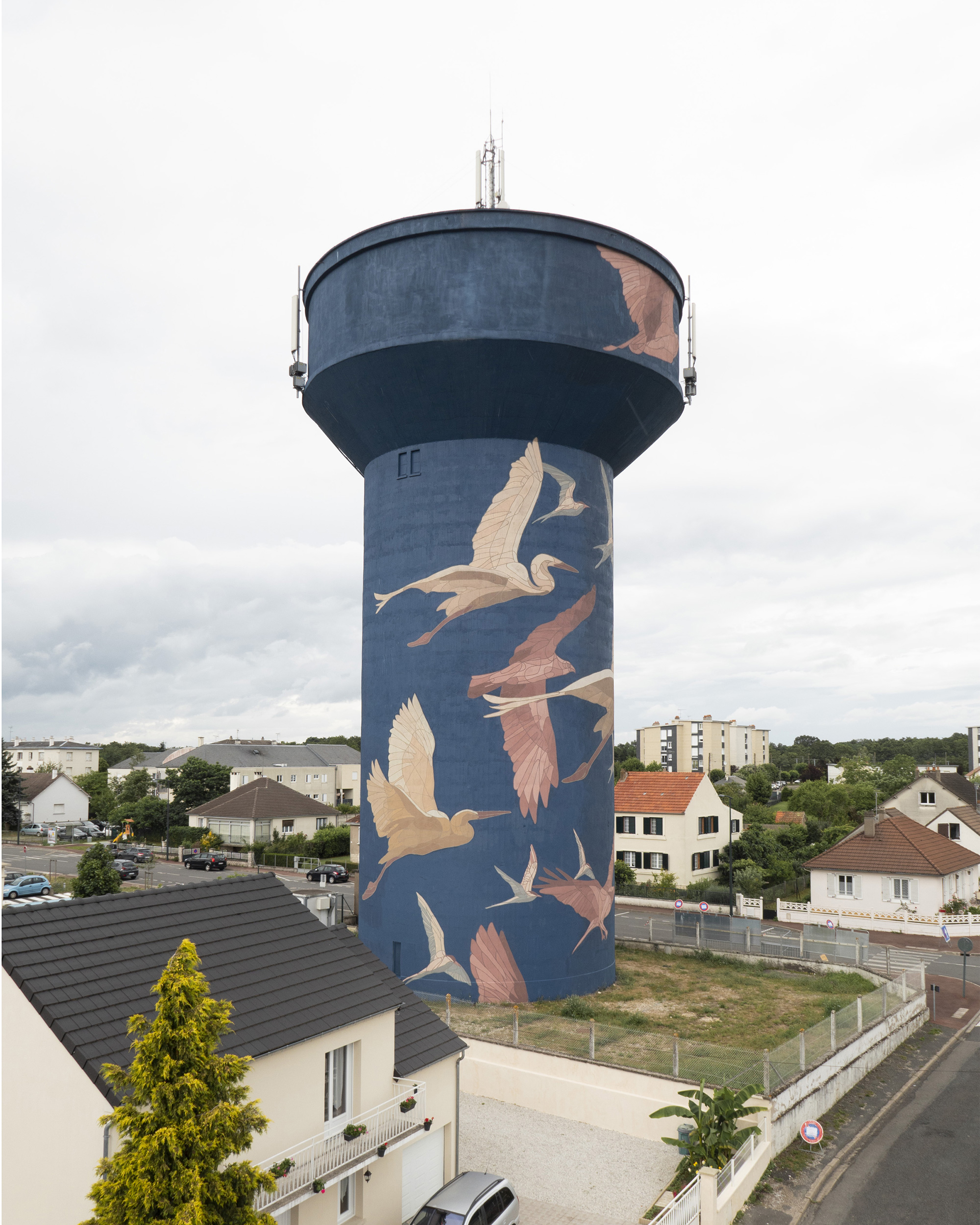 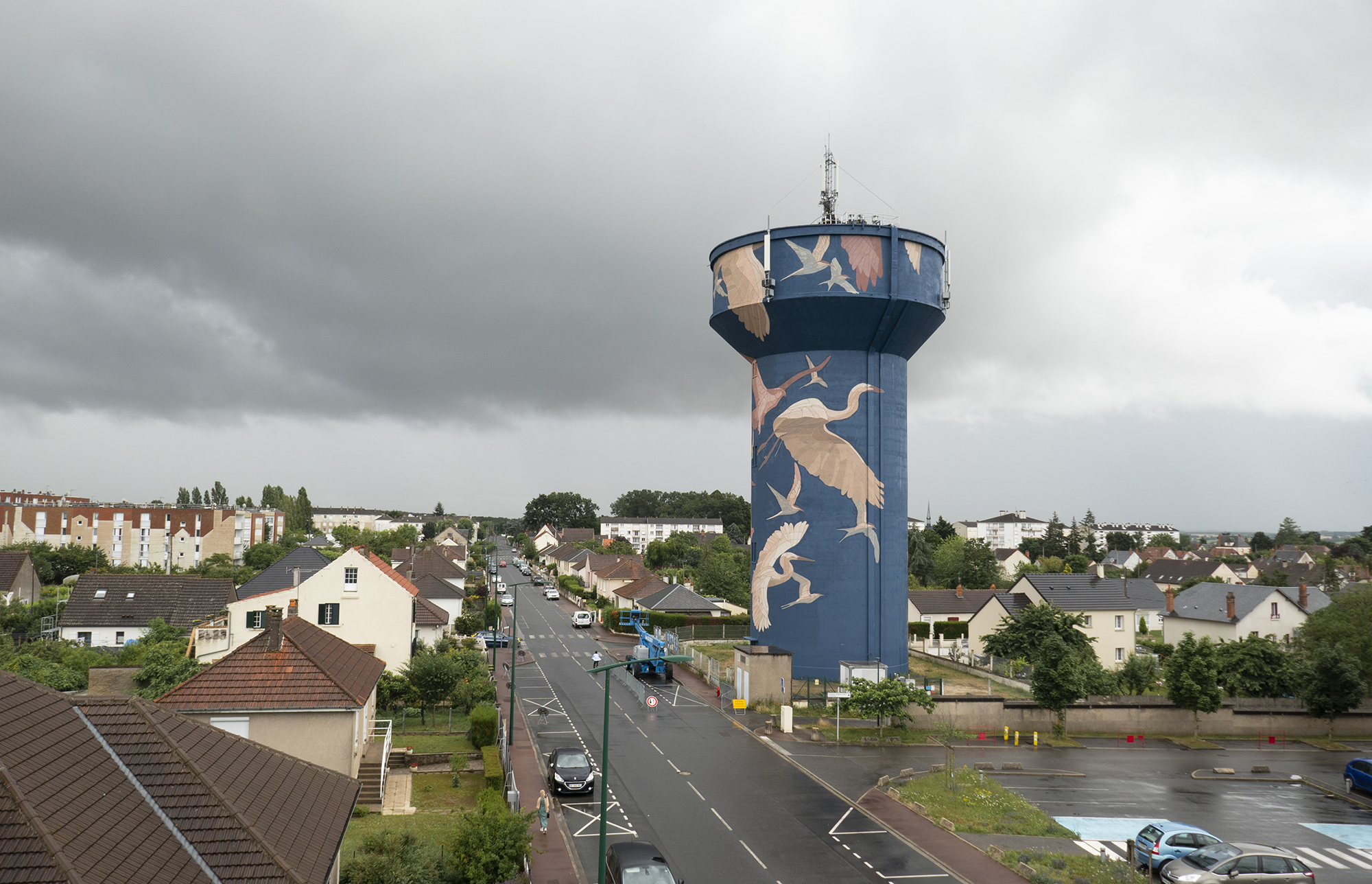 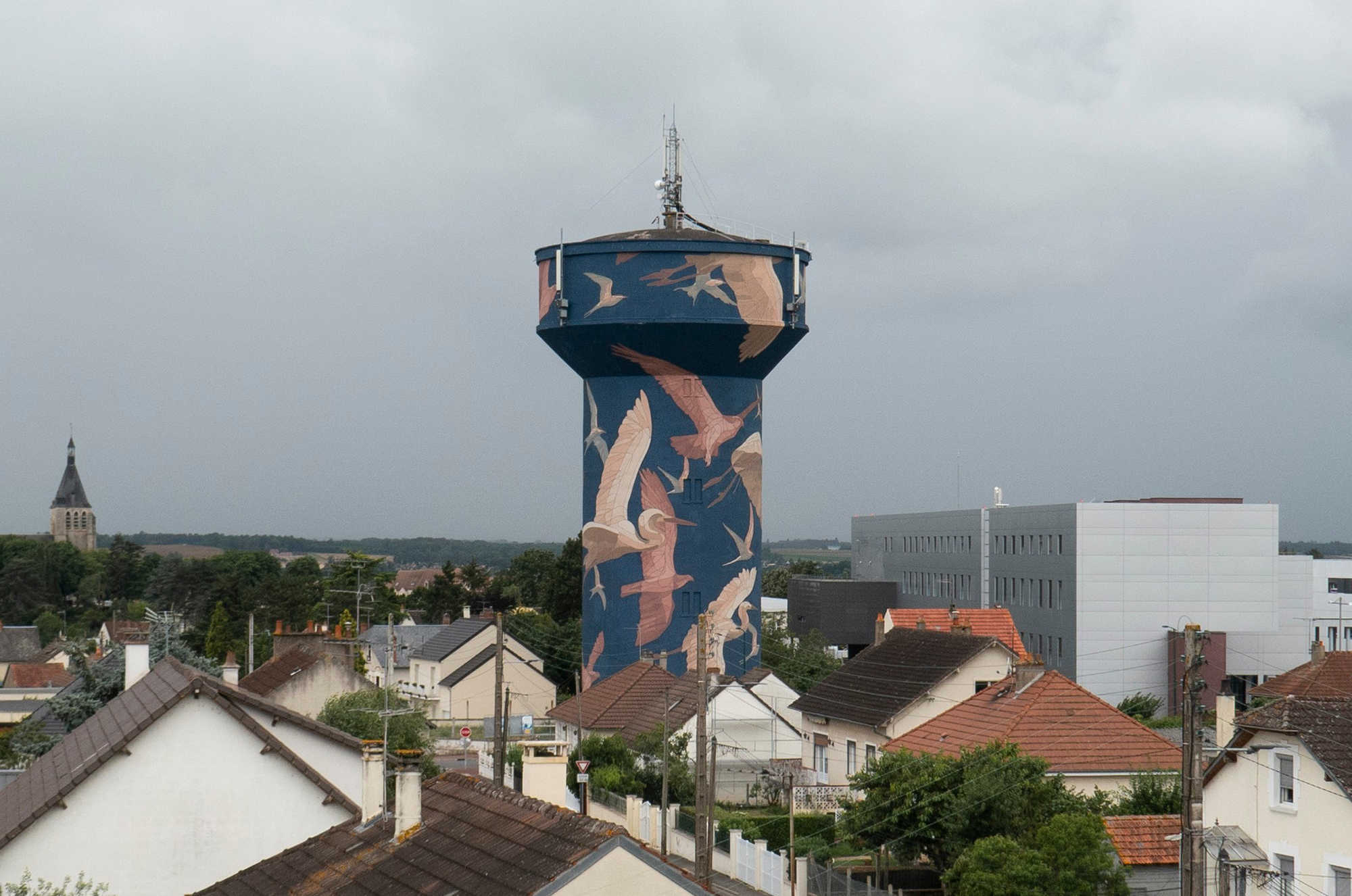 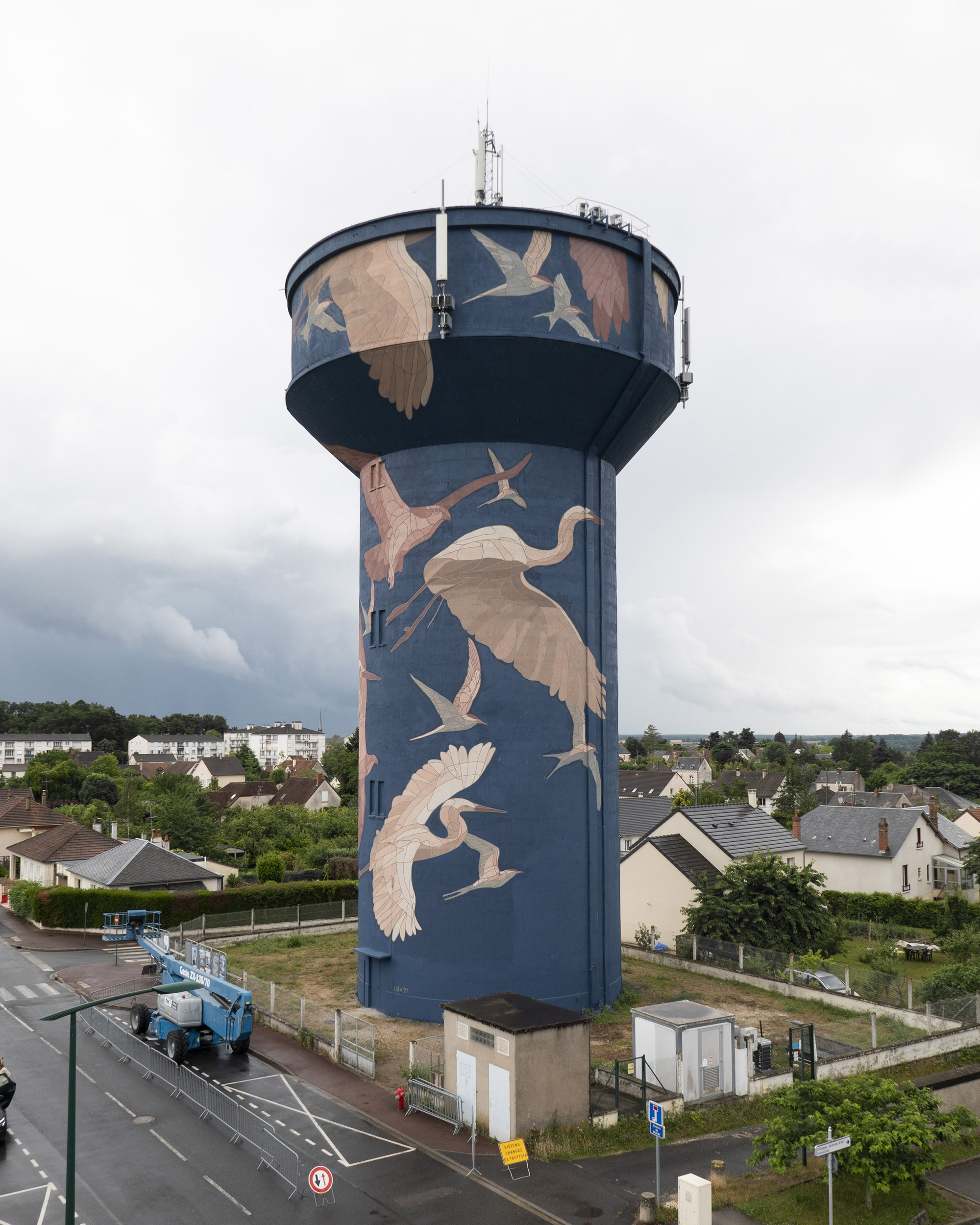 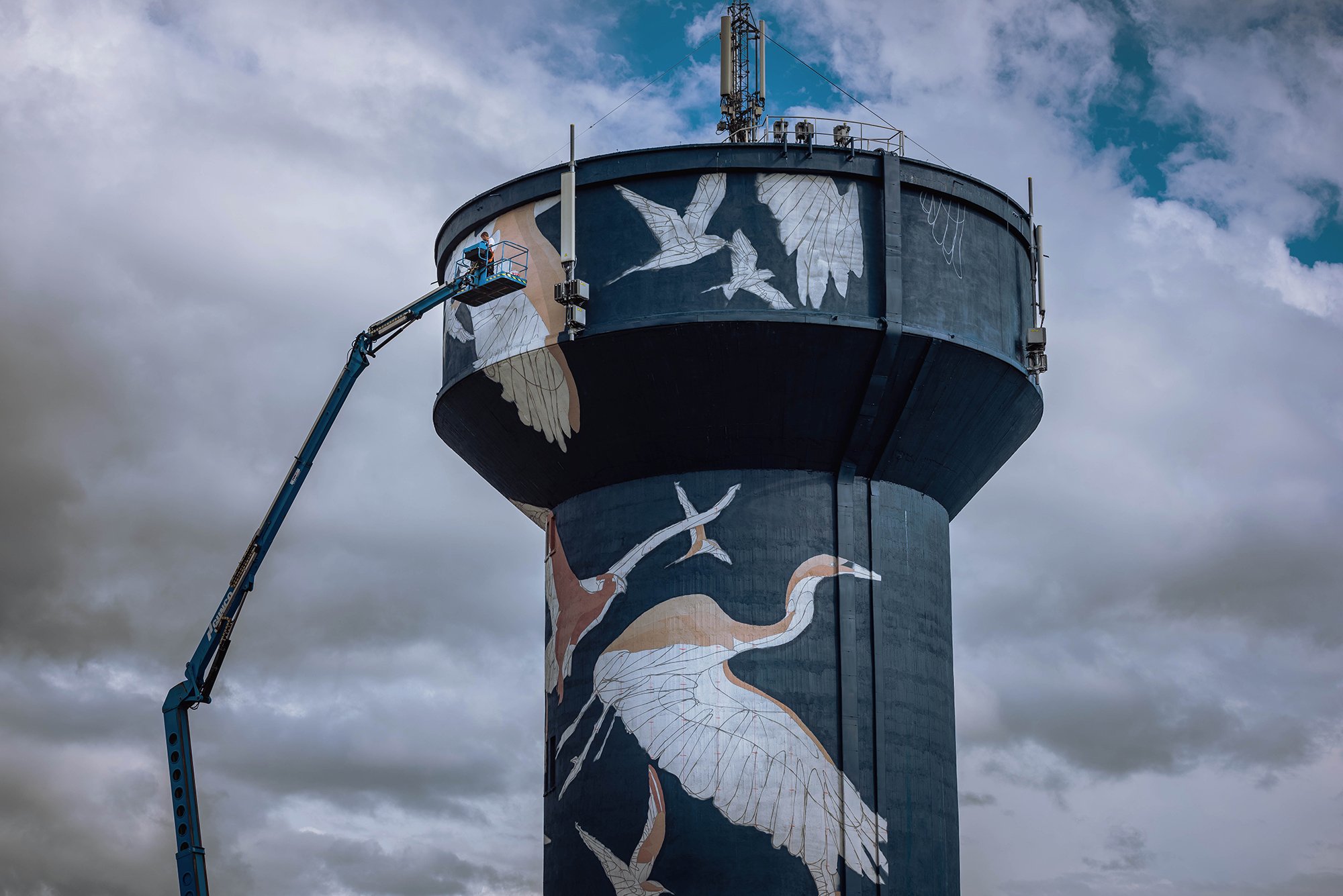 Through a Blur of Migratory Birds, Photographer Sankar Sridhar Captures the Rituals of the Yamuna River

This article comes from the Internet:Flying Ospreys, Herons, and Terns Comprise a 35-Meter Water Tower Mural by Taquen