GAME ON!After months of anticipation,Friezehasreleased the exhibitor listfor its inaugural Seoul contemporary art fair, which runs September 2 through 5. The lineup features a total of some 110 galleries, and is rich with upper-echelon dealers likeGagosian,Matthew Marks,David Zwirner, andHauser & Wirth. AFrieze Masterssection will feature 18 booths with works from throughout the ages, and a special grouping of 10 solo presentations by Asian galleries is being curated byChristopher Y. LewandHyejung Jang. The fair, which will take place September 2 through 5 at theCOEXconvention center alongside the long-runningKorea International Art Fair, will be present a major test for the buzzed-about Korean art market, and it will also be Frieze’s first fair in Asia. Alex Greenbergerhasa full rundownof what will be on offer inARTnews. 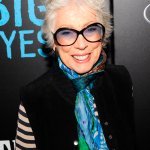 THE SAGA CONTINUES.TheOrlando Museum of Artin Florida, which has been facing controversy over a now-shutteredJean-Michel Basquiatshow that wasraided by the FBIlast week, announced thatAaron De Groftisno longer its director and CEO, theNew York Timesreports. Some experts have said that works in the show are fakes; their owners claim they were found in a storage unit rented by the late screenwriterThad Mumford, who acquired them from the artist. A complication with that provenance: Mumford told investigators before his death that he never met Basquiat. Neither museum nor De Groft has been accused of criminal wrongdoing. The former director had not responded to the Timesby press time.

ArtistMargaret Keane, whose huge-eyed paintings of cartoonish children delighted the public and enraged more than a few critics, has died at 94. The story of her art, and her husband taking credit for it, was the subject of the 2014Tim BurtonfilmBig Eyes.[The New York Times]

Speaking of Boston, theMuseum of Fine Artsthere and its employees have agreed on their first union contract. Staffers voted to join theUnited Auto Workers Local 2110in late 2020. The deal will include a a minimum 5-percent bump in wages next month, followed by 3-percent boosts in 2023 and 2024.[The Associated Press]

At a contemporary art sale atChristie’sin Paris on Tuesday, aJeff Koons “Balloon Monkey” sculpture that was being auctioned by Ukrainian billionaire Victor Pinchukand his wifeOlenato support troops from the country sold for £10 million (about $12.6 million).Angelica Villahas a full report on the auction, and another that followed in London.[ARTnews]

Statues of figures with links to slavery will remain on view atGoldsmiths, University of London, following a vote by locals. Some students had called for their removal.[Evening Standard]

A renownedRomanfloor mosaic dating back some 1,700 years was returned to the location where it was discovered in Lod, Israel, near Tel Aviv, after going on a long tour of global museums.[Reuters]

BRUSHED-OFF.Well, here is a not-safe-for-work tale aboutPierre-Auguste Renoir, as told by fellow artistTacita Deanin the pages ofVogue.Renoir developed arthritis in his hands later in life, and Dean says that some (very rude) individual once asked him, “How do you paint when you can’t hold a brush?” The Impressionist’s rejoinder: “I paint with my prick.” OK! Enjoy your day.[Vogue]