AUCTION ACTION.Following evening sales of modern and contemporary art in London over the past few days atSotheby’sandChristie’s, rivalPhillipsstaged its own event, hauling in some £17.5 million (about $21 million) across 33 lots (not counting two pulled before the proceedings),Angelica Villareports inARTnews. Of those, 31 found buyers; six had irrevocable bids. A single new record was set, for British painter Antonia Showering, whose 2020 work,We Stray, finished at £239,400 ($290,000), fees included. That was a zesty six times its £40,000 estimate, for the record. Top-lot honors went toCy Twombly, who had an untitled work on paper from 1962 sell for the equivalent of about $3.3 million. For a full report,head toARTnews. 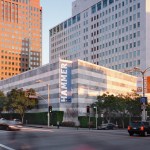 A PROJECT FOR THE AGES.One Thursday in 1969, the designerArnold Skolnickreceived a last-minute assignmentthat would define his life: The upcomingWoodstock music festival needed a poster after an earlier proposal had not quite worked out. Skolnick got to work, and on Monday turned in a piece with a white bird perched atop a guitar, all realized with flat planes of color. His creation was inspired by HenriMatisse’s cutouts, and it would become one of the defining graphics of postwar America. Skolnick, who produced a wide variety of design work and exhibited a good number of paintings, died last month at the age of 85, theNew York Timesreports. “It was just another job,” heonce saidof his iconic poster, per the obituary, “but it became famous.”

As war rages in Ukraine, theOn Timearts festival took place in the capital of Kyiv. “Even under war we must live, and that means appreciating others, nature and art and music, too, which can comfort us and open doors for us,” saidNatalia Shulga, an architect and illustrator showing her work there.[The Guardian]

Following a dispute with its landlord, the stalwart New York galleryPostmastersis decamping from the Tribeca space it has called home for almost ten years and going nomadic. “This is our attempt to do the things we want to do in an uncompromised way,” said cofounderMagda Sawon.[The Art Newspaper]

ALL I SEE ARE DOLLAR SIGNS.CollectorDakis Joannou, 82, who just opened a show of beguiling new work byJeff Koonsat his storied exhibition space on the Greek island of Hydra,chatted with theFinancial Timesabout his many years in the art-buying game. Joannou thinks that attitudes have shifted over time. “Many collectors nowadays don’t talk about art but about prices, what a great deal they got, or how proud they are of their successful bidding,” he told the paper. “I’m not interested in talking about prices, I want to talk about values.”[FT]