FERTILE GROUND.Afterpushingits 2021 edition to this year because of the pandemic, the closely watchedIstanbul Biennialhasreleased its list of artists and catalogue contributors,ArtAsiaPacificreports. They number 82, and includeCooking Sections,Cripmagazine, andLida Abdul. Helmed byDavid Teh,Amar Kanwar, andUte Meta Bauer, the exhibition will run from September 11 through November 14. The show has eschewed a thematic focus and instead takes “composting” as its guiding process. Intriguingly, thewebpagewith the contributor lineup notes that it is “a live document that is continually being updated as the 17th Istanbul Biennial compost continues to turn and grow.” Never a dull moment in the biennial world these days. 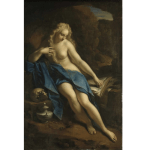 The only copy that exists of a new recording that musician and artistBob Dylanmade of his song “Blowin’ in the Wind” sold at auction atChristie’sin London on Thursday for £1.48 million (about $1.77 million).[Variety]

Indigenous artists in Canada are calling on federal authorities to take action against copycat and knockoff works that they say are being imported from abroad, exploiting their cultures. “These things have got to be stopped,” artistRichard Huntsaid. “We need the government’s help.”[CBC]

Manga artistKazuki Takahashi, who created the wildly popularYu-Gi-Oh!manga series, which began as a comic and became a trading-card game, films, video games, and more, has died at 60.[The New York Times]

WriterJohn Gappertook a look at the somewhat peculiar practices of the art industry, in which skyrocketing auction prices can hurt an artist’s career. “A lot of insiders got a great opportunity to buy my works and immediately flip them, with no incentive to further my career,” artistLucien Smithsaid.[The Financial Times]

The South Korean girl groupAespapaid a visit to the studio ofKAWS.[@kaws/Instagram]

TEXT MESSAGES.This isBarbara Kruger’s moment. She has a show open atDavid Zwirnerin New York, a major commission about to open at theMuseum of Modern Art, and her incisively political works are flooding social media. What does she make of the vast reach of her art? “As someone who never thought anyone would know my name or my work, it is both amazing, satisfying and haunting, and could only happen in a time when the virality of images is so accelerated,”she told theGuardian. “And, horrifically, when the virality of plague, war and grievance is so punishingly prevalent.”[The Guardian]