ALTERNATIVE EDUCATION.ArtistMark Leckeyhas set up aremarkable-sounding temporary art school of sorts in Redruth, England, that is in the pages of theGuardian. Called theMusic & Video Lab(its focuses), the monthlong program has aimed to draw young people typically locked out of art school. “If you’re not from a middle-class background,” Leckeytold the paper, “art school is still seen as something that’s beyond you. I came out of art school thinking I wasn’t equipped intellectually to be an artist.” It “has given me the freedom to be who I am without the fear of someone telling me that I wasn’t good enough, which was what I constantly heard at music school,” one student told theGuardian. Leckey and his team are planning to host more workshops. 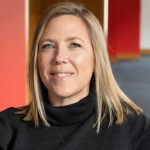 ON THE MOVE.After 15 years at theCleveland Museum of Art,Tom Welshis stepping down as its director of performing arts, music, and filmto become managing directorof the storiedBig Earsmusic festival in Knoxville, Tennessee,Cleveland.comreports. In 2019,Steve Dollarcoveredthe action-packed annual eventforARTnews, and described a “supersize lineup of legendary composers, blue-chip contemporary music ensembles, rock heroes, jazz visionaries, electronic disrupters, drone mavens, folksters, punkers, and happy collaborative mashups of all of the above.” And in London,Brett Rogersisplanning to leavethePhotographers’ Galleryat the end of 2022, following 16 years at the helm, perArtDaily.

On Monday,President Bidenunveiled the first image from theJames Webb Space Telescope, which went into orbit late last year. It shows galaxies from a mere 600 million years after the Big Bang. More images from the device will be revealed this morning.[NASAandThe New York Times]

After extensive rehab work over the past few years,Nam June Park’s 1,000-screen masterwork,The More, the Better(1986), is ready to go back on view at theNational Museum of Modern and Contemporary Artin Gwacheon, South Korea.[The Korea Herald]

What happens to temporary public artworks when the show is over? JournalistZachary Smalltalked withPamela Council,Sam Moyer, and other artists about the harrowing efforts that sometimes have to be made to preserve pieces.[The New York Times]

PainterRoss Blecknerwill show new flower paintings withPetzelat theADAA Art Showthis fall in New York. “They are really about the movement of light and dark gliding along a surface and end up as abstract,” Bleckner said.[Cultured]

Researchers in England are excavating a 5,000-year-old tomb known asArthur’s Stone(after that legendary king) in Herefordshire. The project is a partnership between theUniversity of ManchesterandEnglish Heritage, which works to preserve the nation’s historic structures.[CNN]

ART TALK.ArchitectJames Wines, of the legendary firmSITE,chatted withCurbedand shared what he termed an “amusing dialogue” that he once had withRobert Rauschenberg, when the artist hired SITE to renovate his Manhattan studio. “I had this idea for him to create an outdoor artwork on the very visible fire escape going down the back of his building,” Wines recalled. “His response was ‘Why would I want to do that?,’ which embarrassingly reminded me to never assume what an artist might want to do.” If only all architects were so self-reflective![Curbed]