The longtime director of the Solomon R. Guggenheim Foundation, which oversees the namesake New York museum and three other international outposts, will depart from his position in 2023 after 14 years there.

For now, Richard Armstrong will continue to lead the Guggenheim Museum and work with the board in a search to fill the position. A representative said the Guggenheim did not provide a reason for his departure, which was announced first by Armstrong himself in a Financial Times profile this week.

“I’ve had the opportunity to lead efforts that ensure solid footing and deliver a robust global cultural program for the Guggenheim,” Armstrong said in a statement. “I’m proud of what we have accomplished including: caring for the staff, embracing principles around DEAI and sustainability, defining our brand for the future, and coming through the pandemic with financial health.” 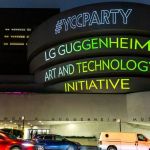 Since 2008, Armstrong has overseen the New York foundation and museum as well as its satellites in Venice and Bilbao, as well as plans for one forthcoming in Abu Dhabi. He succeeded the museum’s former director Thomas Krens, leading a push to expand the museum’s reach internationally and further securing the museum’s financial footing. During Armstrong’s tenure, the museum’s endowment has more than doubled.

His tenure has not been without tumult. The project to build the Guggenheim Abu Dhabi has been long delayed and has frequently faced allegations of workers’ rights violations, and staff at the Guggenheim Museum in New York have at times decried Armstrong’s leadership.

Prior to heading the Guggenheim, Armstrong served as director of the Carnegie Museum of Art in Pittsburgh and the Whitney Museum in New York.

Under his direction, the Guggenheim sought to expand the history of modern art. In 2015, it’s curators mounted “ZERO: Countdown to Tomorrow, 1950s–60s,” the first large-scale historical survey in the United States dedicated to the German art movement Zero. A series of acclaimed retrospectives have also been mounted for figures like On Kawara, Alberto Burri, Agnes Martin, Laszlo Moholy-Nagy, and Hilma af Klint. The af Klint retrospective drew record-setting crowds to the Guggenheim.

These critical successes have sometimes stood in opposition to recent behind the scenes controversies.

In 2020, leadership at the Guggenheim’s were accused of creating an inequitable and discriminatory work environment. It directly followed allegations by independent curator Chaédria LaBouvier that the museum’s chief curator Nancy Spector and others sought to “erase [her] labor” while organizing an exhibition focused on Jean-Michel Basquiat’s work and its references to police violence. Spector departed the museum after 30 years there after that; an internal investigation conducted by the Guggenheim cleared her of wrongdoing.

In 2020, Armstrong reportedly received a significant pay increase despite the museum’s pledge to cut executive salaries and a round of layoffs that shrunk its staff by 11 percent. Workers at the Guggenheim decried the raise he received.

This year, Armstrong led efforts to secure a 100-work gift of contemporary art from the Greek financier Dimitris Daskalopoulos jointly owned with the Museum of Contemporary Art Chicago.

The Guggenheim’s board chair, J. Tomilson Hill, described Armstrong’s presence as “steady and encouraging” and said that Armstrong “fostered a culture of scholarship, innovation and inclusion.”