Ninth Circuit Reverses Opinion on Picasso Copyright Case That Said French Law Was Not Enforceable in U.S. Under ‘FairUse’

The United States Court of Appeals for the Ninth Circuit has overturned a lower court’s ruling involving a longstanding legal battle involving the copyright of certain photographs of paintings by Pablo Picasso between the French copyright holder and an American art editor.

In 2019, U.S. District Judge Edward Davila ruled French court’s 2001 ruling of astreinte–a monetary damages for copyright infringement–did not apply in the U.S., citing “fair use” on part of the art editor’s re-publication of the images. The appellate court’s ruling this week reverses that decision and remands it back to the lower court.

In 1932 photographer Chirstian Zervos put together a catalogue raisonné of 16,000 images of Picasso’s paintings that was published by Cahiers d’Art and is known as the Zervos Catalogue. In 1979, Yves Sicre de Fontbrune, a French citizen, bought the rights to the all the intellectual property of Cahiers d’Art. 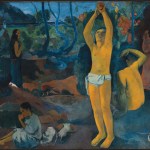 How Do Artists Do It? Parsing Their Life Stories

In 1991, Alan Wofsy, the American art editor, acquired permission from the Succession Picasso, the artist’s estate, to publish The Picasso Project, a new illustrated catalogue raisonné of Picasso’s works that included reproductions of photographs that had been originally been published in the Zervos Catalogue. In 1996, Sicre de Fontbrune requested that the police seize two copies of The Picasso Project which were being sold at a Paris book fair, and proceeded to sue Wofsy for copyright infringement.

Initially, French courts ruled in 1998 that because the images were used for “documentary” purposes they were “ineligible for copyright protection,” according to a summary in the Ninth Circuit ruling. However, upon appealing, the French courts reversed their judgement in 2001 and ruled that Wofsy was “liable for damages of 10,000 francs for each proven infraction of the prohibition on using the photographs at issue.” Wofsy’s appeal to the Cour de Cassation (the French Civil Supreme Court) was removed when he failed to pay to Sicre de Fontbrune the damages ordered in 2001 ruling.

The case was then brought to the United States in 2011 as part of a new lawsuit when Sicre de Fontbrune could enforce the 2001 French ruling. For a U.S. court to ignore the ruling of another country’s judgement in such a case as this, the U.S. court must find the foreign country’s ruling “repugnant” to U.S. law.

Davila, the district court judge, found that the French ruling was in conflict with freedom of speech and that Wofsy’s use of the photographs constituted fair use because the “books are reference works intended for libraries, academic institutions, art collectors and auction houses, and such institutions find it an attractive reference due to its price point,” read the 2019 decision.

Sicre de Fontbrune’s team, on the other hand, argued that this shouldn’t be the case because the books had a primarily commercial purpose. The court’s response was that fair use applies to commercial endeavors.

“The mere commercial nature of a work does not create a presumption against fair use; such a presumption ‘would swallow nearly all of the illustrative uses listed in the preamble paragraph of § 107, including news reporting, comment, criticism, teaching, scholarship, and research, since these activities are generally conducted for profit in this country,’” Davila’s 2019 decision read.

What Does the New Ruling Say?

A three-judge panel for the Ninth Circuit found that “the undisputed evidence showed that the use of the copyrighted photographs was commercial and non-transformative,” according to the new opinion, which invalidated Davila’s decision. The panel also ruled that “the photograph’s creative qualities prevented this factor [fair use] from weighing heavily.”

In an email to ARTnews, Wofsy’s attorney Neil Popovic said that they are currently reviewing the opinion to determine how to proceed, including “whether there are grounds to seek rehearing, rehearing en banc or certiorari. The Court’s fair use analysis gives short shrift to some important facts, including the nature of the photographs, that the Succession Picasso had authorized Wofsy to use them, and the public interest in reference works such as The Picasso Project.”

Popovic added, “The Court of Appeals also left room for Wofsy to pursue a defense based on fraud,” due to the way the French court proceedings were conducted.