Christie’s announced Monday that it has launched Christie’s Ventures, an investment fund that will target emerging tech companies whose product could have an impact on the art market. While Christie’s would not disclose the exact amount of the fund, a representative offered a ballpark figure of “several million dollars.”

The auction house was one of the very first art institutions to understand the impact that NFTs could have on the art market and quickly arranged NFT sales that would end up profoundly changing the auction house and the larger art market. Of particular note is the March 2021 sale of digital artist Beeple’s art work Everydays: The First 5,000 Days, which sold for a record breaking $69.3 million. 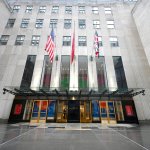 Tapping the Art Market's 'Natural Resilience,' Christie's Reports $4.1 B. in First Half of 2022

“Because of Beeple, we got a front row seat at what was being built technologically, from some of the people in this very room,” Devang Thakkar, the Global Head of Christie’s Ventures, told ARTnews during Christie’s Art + Tech Summit Tuesday, at which several Web3 founders and leaders were present.

Though some might think it strange that an auction house would launch a venture fund, Thakkar noted that Christie’s has long been forward thinking in its adoption of emerging technologies.

“We’ve been at the forefront of technology for a long time, for example we’ve had live auctions where you can bid from your phone. Then our thinking shifted over the pandemic,” said Thakkar. “We decided, we can’t just take what someone builds and plug it in, if we want something that is very customized, we should actually take an investment position and guide the founders to make something that is the right thing for the art market.”

Christie’s Ventures has already made its first investment, a Web3 company called LayerZero Labs, which provides a protocal that allows different blockchains — such as Ethereum and, say, Tezos — to communicate and work together.

“We have three pillars we’re looking at, one of which is Web3,” said Thakkar. “One of the other pillars is investing in better ways of viewing art, that is, technology that improves how you consume art. The third pillar is around the financial innovation in the art market, technology that makes it easier to actually acquire art objects.”

Christie’s new venture fund launches amidst the onset of a crypto winter where the price of ether and bitcoin have nearly halved in the last six months. NFT platform OpenSea announced layoffs of 20% last week, while crypto startups like Coinbase, crypto.com, and Geminiall announced layoffs in June.

Despite the downturn, Christie’s is clearly signaling that technology will continue to play an ever increasing role in the art market.