At Christie’s Art + Tech Summit, Web3ers Sell Each Other on Mass Data and MassAdoption

The 2022 Christie’s Art + Tech Summit rounded up VCs, VPs, CEOs, COOs, CSOs, brand heads, founders, and all the other executive titles you can imagine from a variety of start-ups and established tech companies to provide insight on a vitally important question: what will the future of art look like?

Here’s a preview: lots of data harvesting and self-measurement, increasing ease of purchase online and, of course, more opportunities to “add value” for the consumer.

Artists weren’t completely excluded from the conversation. For the first panel of the summit, which began Tuesday, artist Blake Kathryn and “digital creator” Andre Oshea were invited to describe all the ways NFTs had changed their respective destinies. Both were freelance digital artists who experienced the “heaven on Earth moments,” in Kathryn’s description, of 2021’s ever-increasing NFT prices. 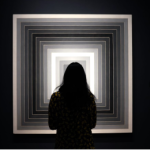 As freelancers, Kathryn and Oshea felt chained to the expectations of their clients.

“When I was freelancing, even when I was working on my personal projects, I was looking at it through this lens of, Would clients like this?” Oshea said. It wasn’t until the NFT boom, Oshea said, that he had the luxury to develop his practice on his own terms.

Of course, the 2021 boom screeched to a halt in the last few months and, like many in the space, Kathryn and Oshea trotted out the obligatory line: the crypto downturn is good for everyone, flushing out the speculators, real builders will #build, etc, etc. Still, the sense that a hibernation was underway was palpable from the artists and, frankly, the majority of the NFT community, whose perennial online chatter has slowed to near silence.

I had expected Web3 and fintech leaders on the summit panels to disguise the anxieties of the moment, but I was surprised to find an actual lack of anxiety. Sure, companies aren’t printing money right now, but no doubt many of those leaders walked away from the boom with a nest egg. That’s not to say the cracks weren’t showing.

Kevin Pawlak, head of ventures for OpenSea, which recently laid off 20 percent of its employees, was due to speak Wednesday but ended up being represented by an empty chair.

Notwithstanding the crypto winter, 2021 proved something vital: blockchain technology has the potential to transform the content creation economy, and art will play a surprising role in that transformation.

Zurrer was revealed last year to be the buyer of Beeple’s second-most-expensive work, Human One (2021), which sold for $29 million. Since then he has become a known face in the upper echelons of the NFT scene, rubbing shoulders with the world’s most notable collectors at Art Basel, before descending on NFT.NYC as a key organizer of a charitable sale of NFTs, in partnership with Christie’s.

Zurrer, like 99 percent of collectors both traditional and not, is interested in the value of his artistic investment and has taken to consolidating the data available to him on Beeple’s market (because of the transparent nature of blockchain transactions, that data is available to anyone who cares to look). Zurrer’s analysis revealed some interesting tidbits. Beeple’s one-of-ones were underperforming, he said, but the artist’s editions were doing quite well. The insights could get even more granular, he went on, pitting the performance of certain collections against others.

“As an artist, you can access this bit of intelligence on how their work is performing,” Zurrer said, which, he suggested, could help artists decide what kind of work to make, or at least in what kind of format to present it. While Zurrer has yet to reveal any particular business plans built on analyzing this kind of data, he wasn’t the only one thinking about how data could be used to refine the art market.

Evan Beard, executive vice president of fractionalized art ownership company Masterworks, which has been described as turning art into stocks, had a similar idea. According to Masterworks, their platform “democratizes” art because it offers individuals the opportunity to buy a small fraction of a blue-chip painting.

The data associated with those purchases could one day become a “barometer of an artist’s market,” Beard said during a panel on Wednesday. Masterworks could offer that data at scale because it would be produced with greater volume and frequency than the traditional market. Picassos don’t trade on a week-to-week basis—at least, not in their entirety. But a little square of it?

What was perhaps more interesting than Masterworks potentially providing a live leaderboard of high-performing artists was that the company is already harvesting all kinds of data to uncover and lure potential “collectors.”

“If you like PGA golf and have clicked on a crypto advertisement, you’re probably interested in buying a share of the Picasso,” Beard said, of Masterwork’s recent analysis. “We’re getting really good at figuring who out there wants to invest, which for whatever reason tends to be mostly young men with income into the low millions.”

What a surprise! Not!

Web3 and concurrent technologies are being developed with the hope of tantalizing mainstream consumers into adopting NFTs and other digitized forms of content investments, yet developers and creators are molding their tech based on the activities and desires of a very specific (read: white, male) community.

I don’t think I heard a single panelist discuss how brands or platforms could innovate to benefit working artists. That just wasn’t the discussion.

As Easy As Buying on Amazon

The other major concern of the summit was mass adoption and how, exactly, to achieve it.

“For NFTs to go mainstream, the price has to go to zero,” said Eric Diep, cofounder of the NFT creation company Manifold, during the “Web3 Adoption: How brands are leading the way” panel on Tuesday. Diep went on to compare the NFTs mainstream adoption trajectory to that of the consumer adoption of mobile apps, which are free because they trade services for consumer data, which they then sell.

It’s unclear how this would work in the decentralized, ad-hostile world of Web3 where creators are ideally paid.

Noah Davis, former head of digital sales at Christie’s and current brand leader for the NFT collection CryptoPunks, and Halsey Huth, head of growth & partnerships at the crypto payments company MoonPay, also weighed in on how to best engender mass adoption during the same panel.

Huth pointed out, like so many others at the summit, that so long as NFTs and crypto are full of friction, the average user is not going to have a great time with it. “It has to feel as easy as buying something off Amazon,” Huth said.

The comparison to Amazon came up more than once at the summit as a kind of goal for how the NFT market should function: an abundance of products that are a click away from purchase.

The vision being sold was that, if an artist becomes a successful creator in this environment, he or she could basically produce franchise merch. Yet it’s less that the artist would be offering these secondary products and more that their collector base would be constantly demanding them. Because NFT collectors aren’t just consumers, they’re investors, and the returns that they get from selling an artist’s work isn’t enough. The value of a work is in the benefit of holding it. This is why, for example, Bored Ape Yacht Club offered owners of their NFTs intellectual property rights to whatever Apes they own.

When Noah Davis became the brand head of CryptoPunks, he put forth a vision for how he would guide it.

“I WILL NOT FUCK WITH THE PUNKS…” he wrote in a Twitter post last month in which he announced his new position. “What does that mean? It means no Punks on lunchboxes or cringe TV shows/shitty movies. It means no arbitrary rushed utility or thoughtless airdrops. It means if you love your Punk(s) because they are what they are (just Punks) then you and I see eye to eye….”

Yet, evidently, the Punks were not so happy about this statement.

“Democracy is potent in this space,” Davis diplomatically said when asked during the panel if he would give the Punks the lunchboxes that they had demanded. “It doesn’t matter what I say. If the Punks want lunchboxes, that’s what they’ll get, even if it derails my strategy for the brand.”

Though he conceded he was making no promises in that moment, Davis appeared to understand something essential for success in the content-selling world, something art institutions still don’t get: consumers make the rules here and they don’t a flying fuck about art history. If they want lunchboxes, they’re going to get them or they’ll walk away. Utility, access, responsiveness—whatever the hodler demands. What a beautiful world we’re walking into, where more and more people have the chance to behave with the petulant, entitled air of the stockholder.

To be measured and always self-measuring, to be constantly chasing the suggestive data, to be producing more and more value for engagement-hungry consumers, is this the future that artists want? If it means achieving financial stability, or even success, is that investment worth it? Does asking even matter?

Like everyone else to this point, artists will probably conform to and take advantage of the tools they’ve been handed. Artists might argue that they’re already slaves to metrics, responding to ever-changing algorithms and engagement demands to get their work noticed. But don’t forget.

Things can always get worse.