CONTINGENCY PLANS.TheNational Palace Museumin Taiwan recently staged its first “wartime response exercise,” readying staff forwhat to do in the event that China invades the island,CNNreports. While the treasure-filled Taipei institution did not going into detail about how and where it plans to move its holdings in the case of military conflict, it did say that it will focus on safeguarding some 90,000 of the 700,000 items it manages, with an emphasis on high-value and portable material. Many of those pieces were brought to Taiwan from Beijing’sPalace Museumin 1949 by theChinese Nationalist Party, when it retreated amid the civil war with theChinese Communist Party. “Whether we need to evacuate the artifacts is subject to the commander-in-chief if there is a war,” museum officials said in a statement. 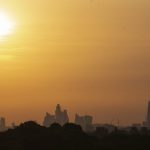 THE ART OF DIPLOMACY.In comments to theSunday Times Culturemagazine, theBritish Museum’s deputy director,Jonathan Williams, proposed what he termed a “Parthenonpartnership” with Greece, saying that his institution wants to “change the temperature of the debate” overthe contested Elgin Marbles. Williams did not call for those marbles to be returned to Athens, but the director of theAcropolis Museumthere,Nikolaos Stampolidis,told theAssociated Press that there may be a “basis for constructive talks.” If the Elgin Marbles were to be sent back to Greece, it “would be as if the British were restoring democracy itself,” Stampolidis said.

The English-born Irish artist and illustratorPauline Bewick, who created lively, fantasy-infused landscapes and portraits of people and animals, has died at 86. In a statement, Ireland’s president,Michael D. Higgins, praised her “commitment to always following her own path, reflecting on the world in her own unique way.”[RTEandIndependent.ie]

Images that Dutch photographerHerman Heukelsshot in 1943 of Jewish people in Amsterdam being sent to concentration camps are widely published, but until recently, his Nazi Party membership was not well known. A new book and a new Holocaust memorial in the city are changing that.[The New York Times]

Collector and businessmanAbhishek Poddar, the founder of the newMuseum of Art and Photographyin Bangalore, which is the first major private art museum in South India, got the profile treatment from journalistEnid Tsui. He became immersed in art while at theDoon School(which is known as “India’sEton”), interviewing artists for a school magazine.[South China Morning Post]

In an essay, writer and curatorRijin Sahakiancriticized theBerlin Biennaleforincluding of an installation by artistJean-Jacques Lebelwith enlargements of the Abu Ghraib torture photographs. Sahakian writes that “the Biennale made the decision to commodify photos of unlawfully imprisoned and brutalized Iraqi bodies under occupation, displaying them without the consent of the victims and without any input from the Biennale’s participating Iraqi artists, whose work was adjacently installed without their knowledge.”[Artforum]