Tate Reaches Six-Figure Settlement with Artists in Lawsuit Over DiscriminationAllegations

The Tate in London has reached a settlement agreement involving three artists who sued the British museum for breach of contract and discrimination earlier this year. The resolution, which was first reported by the Guardian this week, will see a six-figure sum paid out to the artists.

The settlement follows allegations that the institution had acted illegally when it barred an outside curator from working with the artist Jade Montserrat. In 2017, Montserrat publicly accused the art dealer and Tate benefactor Anthony d’Offay of sexual misconduct and racist behavior during the course of a five-year professional relationship.

According to the Guardian, Tate has not admitted liability, and has denied any wrongdoing. 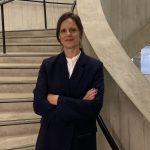 D’Offay, a prominent dealer in the British contemporary art scene, forged ties with the Tate in 2008. Along with the National Galleries of Scotland, the Tate jointly acquired more than 700 artworks from his collection of modern and contemporary art for a discounted price of £26.5 million. That trove of works has been exhibited as part of the museums’ “Artist Rooms” series, which is dedicated to solo exhibition and for which d’Offay was formerly named an ex-officio curator.

The museum subsequently announced it had cut ties with d’Offay in September 2020. The announcement came two years it suspended contact with d’Offay in response to separate allegations of sexual harassment made by several other women. (D’Offay has denied the allegations made against him.)

Artist Amy Sharrocks had alleged that Tate was liable under the UK Equality Act, which deals with discrimination, victimization, and harassment. Sharrocks was tapped as the lead curator of the 2020–21 Tate Exchange program, which was ultimately canceled. She had wanted to bring on Montserrat and Madeline Collie as leads of the program, but Tate allegedly resisted this.

In a statement to the Guardian, a Tate spokesperson said, “It was made clear to Ms Sharrocks that the arrangements she proposed were not achievable and after long consultation the project was ultimately canceled. Tate regrets the way in which the relationship ended. Alongside agreeing to a settlement with those affected, we have apologized for the distress caused.”

Tate reportedly offered a settlement agreement after the artists filed a claim in a London court in January.

In an interview with the Guardian, Sharrocks said Tate’s director, Maria Balshaw, attempted to block her from working with Monteserrat in July 2020, allegedly fearing potential legal issues. In 2020, the collective Industria published an open letter to the Tate in support of Montserrat, claiming the museum had failed the public by censoring her. The letter also accused Tate of being “complicit in laundering [d’Offay’s] reputation.” Montserrat has accused the museum of protecting its own interests and censoring artists.

Sharrocks also claimed that Tate resisted attempts to bring on other artists as leads of the Tate Exchange program. According to Sharrocks, Tate said this was inconsistent with her contract, causing Sharrocks to cancel the “A Rumour of Waves” program.

Georgina Calvert-Lee, an attorney representing the three women involved in the case, told ARTnews that the discrimination claim was “an important stand against those controlling the purse strings of our national galleries, who not only decide where to spend funds but also what conversations take place.”

“The Tate Exchange professed itself to be a space for difficult conversations by those from diverse and often under-represented communities,” said Calvert Lee. “Yet it failed my clients by depriving them of this when it cancelled their show at the eleventh hour.”

A Tate representative did not respond to ARTnews’s request for comment.