This fall, Chinese dissident artist Ai Weiwei will curate a show of works created by incarcerated people in London.

The exhibition, titled “Freedom,”is organized by the Koestler Arts charity, which promotes and sells works by incarcerated people, and will open at the Southbank Center this October. It’s intended to mark the 60th anniversary of the Koestler Awards, a prize initiative honoring the artistic achievements of detainees across the U.K. criminal justice system.

“Freedom” will reflect a diversity of people’s experiences with incarceration, with works created by individuals in prisons, mental health facilities, immigration detainment centers, and youth offender institutions. “The vision for the exhibition is inspired by [Ai’s] visit to the Koestler Arts building [in west London], which currently holds over 6,500 works entered into this year’s awards,” the exhibition organizers said in a statement. 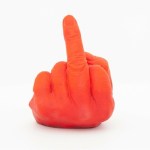 Ai Weiwei on 'The Daily Show': 'The Fear Is That I Don't Speak Out'

Ai, perhaps China’s most prominent artist, was detained in 2011 in Beijing for his criticism of China’s authoritarian regime during a crackdown on human rights lawyers, writers, and bloggers. He spent 81 days in prison on charges of tax fraud. In several interviews conducted following his release, he said he was subject to frequent interrogations and constant surveillance. In 2016, he offered the public a glimpse into the brutal experience with S.A.C.R.E.D., a group of near-life-size dioramas depicting the artist and two watchful guards inside small steel boxes.

“This exhibition focuses on the role that the act of thinking and creating plays in life under constraints,” Ai said in a statement. “Notable works of art and literature in history were created when the artist was restricted, oppressed, and challenged, rather than being completely free.”

Earlier this year, Koestler Arts invited people within the criminal justice system to submit artworks across the genres of art, writing, design, or music for the annual Koestler Awards. Entrants receive feedback, and a select few will have their work exhibited publicly.

According to the show’s curators, Ai is spending the summer reviewing thousands of entries of visual art. In honor of the Koestler Arts’ 60th anniversary, Ai said he wants the 2022 exhibition to be “the most ambitious yet.”