Billionaire Ken Griffin Outbid Crypto Collective for the U.S. Constitution to ‘Protect’ It

In an interview with the Wall Street Journal, Ken Griffin, CEO of the hedge fund Citadel, said he outbid a ragtag group of NFT and crypto enthusiasts on a copy of the U.S. Constitution because he was afraid they would not properly care for it.

Last November, when crypto prices were still soaring, that group, known as Constitution DAO, said it had hoped to buy the last copy of the Constitution still in private hands during a Sotheby’s auction. In the end, Griffin, who has ranked on the ARTnews Top 200 Collector list, offered to buy it for $43 million—well above the original $15 million estimate, and just enough to vault over the DAO’s $40 million budget. 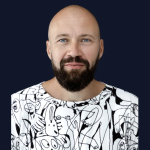 At Christie's Art + Tech Summit, Web3ers Sell Each Other on Mass Data and Mass Adoption

“It’s very impressive how quickly the DAO raised $40 million to pursue buying the Constitution,” Griffin told the Wall Street Journal, “but there were important questions about whether a large decentralized group would be able to manage the responsibilities necessary to protect this rare document.”

It was a surprise when Griffin bought the Constitution because he’s known mainly for buying paintings. Griffin’s collection includes Jean-Michel Basquiat’s $100 million painting Boy and Dog in a Johnnypump(1982) and Cézanne’s Curtain, Jug and Fruit Bowl (ca. 1893), as well as works by Jackson Pollock, Jasper Johns, Njideka Akunyili Crosby, and many more.

At the time of the sale, Griffin had been vocal about his staunch opposition to cryptocurrencies. Since then, however, he’s come around.

“It’s a jihadist call that we don’t believe in the dollar,” Griffin said at the Economic Club of Chicago in October, according to Business Insider. “What a crazy concept this is, that we as a country embrace so many bright, young, talented people to come up with a replacement for our reserve currency.”

Griffin’s copy of the Constitution is currently on view at the Crystal Bridges Museum of American Art in Bentonville, Arkansas, in a show about democracy.

That the document is currently on display in a museum may assuage some fears. When the Constitution DAO began fundraising to buy the Constitution, they did so with the aim that this pivotal document of American history be in the hands of the people.