The U.S. has sent back to Cambodia 30 artifacts that were allegedly stolen by Douglas Latchford, a late antiquities dealer who has been accused of leading a network that trafficked in objects that were looted from the country.

Among the objects that were officially returned to Cambodia this week was a 10th-century sculpture of the Hindu god Skanda atop a peacock. Deeming the work a “masterpiece,” New York authorities alleged that Latchford had stolen the sculpture in 1997 and subsequently sold it for $1.5 million.

The Skanda sculpture had come from the ancient Khmer capital of Koh Ker, which is also where a 10th-century sculpture of Ganesha that allegedly passed through Latchford’s hands was once located. The Ganesha sculpture was also given back to Cambodia this week. 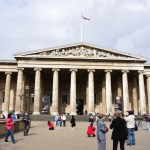 Although the U.S. District Attorney’s Office did not provide a monetary value for the objects that were returned on Monday, it is known that Latchford dealt in objects that were of spiritual and artistic significance.

Ricky J. Patel, a special agent with Homeland Security, said in a statement, “These antiquities we return today were ripped from their country. Beyond their extraordinary beauty and craftsmanship, many are sacred artifacts pried from temples and palaces to be smuggled across borders and peddled by those seeking profit, without any regard to the intangible value they have to the people of their homeland.”

Before his death in 2020, Latchford had amassed a significant collection of antiquities from Cambodia that are believed to be worth millions of dollars. He is thought to have acquired some of these objects during the violent Khmer Rouge regime in the late 1970s.

Officials in New York indicted Latchford in 2019 for selling objects with false provenances. He denied wrongdoing at the time. (The indictment was dropped after Latchford’s death.) Since then, leaked documents from the Pandora Papers revealed that Latchford had used offshore trusts to keep information about the objects he was peddling out of public view.

Authorities with the U.S. District Attorney’s Office alleged that the artifacts returned this week had been illegally taken by looters in Cambodia. They made it to the U.S. because Latchford made “false statements” to U.S. Customs, they claimed.

“Local teams of looters would first remove the statues from the original sites,” the U.S. District Attorney’s Office said. “The statues would then be transported to the Cambodia-Thailand border, and transferred to brokers, who would in turn transport them to dealers in Khmer artifacts located in Thailand, particularly Bangkok. These dealers would sell the artifacts to local or international customers, who would either retain the pieces or sell them on the international art market.”

Museums across the world are thought to own works that Latchford had either donated or sold. Working in cooperation with with U.S. investigators looking into Latchford’s business dealings, the Denver Art Museum in Colorado deaccessioned four artifacts in 2021. The Metropolitan Museum of Art, the Cleveland Museum of Art, the British Museum, and the Victoria & Albert Museum have also been accused of owning objects that are in some way connected to Latchford.

The 30 objects returned to Cambodia this week are not the first tied to Latchford to head home, however. Last year, Latchford’s daughter, Nawapan Kriangsak, revealed plans to return artifacts worth an estimated $50 million that were held by her father. Those artifacts are expected to be displayed in a new museum near Phnom Penh that is not yet opened.