The Berlin Biennale issued an apology on Tuesday to Iraqi artists who had protested an installation featuring blown-up images of detainees at Abu Ghraib. On the same day that the Biennale and its curators addressed the controversy, those three Iraqi artists said they would withdraw their work, calling their statements insufficient.

The work in question, a 2013 piece called Poison Soluble by the French artist Jean-Jacques Lebel, had been polarizing ever since the show opened in June. Yet the controversy reached new proportions in late July, when the Iraqi curator Rijin Sahakian published an open letter about the piece that was signed by more than a dozen artists, including three Berlin Biennale participants who were born in Iraq. 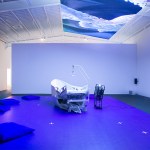 The curatorial team attempted to patch over the controversy by citing the importance of facing evidence of colonialist violence, and the Berlin Biennale said it was sorry that the artists had been hurt by the Lebel piece.

But Sahakian and the artists said they rejected the curatorial team’s statement, labeling it an “instrumentalization of our work and identities as Iraqi.”

“In an exhibition that prioritizes the display of wrongly imprisoned Iraqis photographed in the act of being sexually and physically tortured, no, we do not find sincerity or transparency in this paternalistic response,” they wrote in a statement published by Artforum.

Sahakian’s initial letter, which appeared in Artforum in late July, revealed that one member of the Berlin Biennale’s artistic team, Ana Teixeira Pinto, had resigned in protest of the Lebel work. (In an email, Pinto confirmed that she had resigned on June 12, the opening day of the exhibition, but declined to comment further.) Additionally, Sahakian’s letter stated that artist Sajjad Abbas had succeeded in lobbying the Berlin Biennale to move his piece away from vicinity of the Lebel installation and that another participant, Raed Mutar, had fielded a similar request.

Sahakian is the founder of Sada, a now-defunct Iraqi art initiative that is participating in another German art exhibition, Documenta in the city of Kassel. Sada is showing works there by Abbas, Mutar, and others who signed the letter. Sahakian was the lender of a Mutar painting to the Berlin Biennale and additionally contributed an essay to the catalogue.

In a statement posted around two and a half weeks after Sahakian’s letter was published, the Berlin Biennale said it had read the Artforum piece with “great dismay.”

“We apologize that the placement of the affected Iraqi artists’ works in close proximity to Jean-Jaques Lebel’s work caused them great pain,” the Berlin Biennale wrote in its statement. “We underestimated the sensitivity of the situation. We also apologize for failing to discuss the placement with them in advance in this special case. Likewise, we apologize that the process of replacing the works took so long.”

The statement did not say that the Lebel work would be removed, although the biennial noted that, with Sahakian, Abbas, Mutar, and artist Layth Kareem, it was “trying to find ways to work through the situation together and to understand the injuries that have been caused.”

This week, Artforum also published a response from artist Kader Attia, the curator of this year’s Berlin Biennale, and the artistic team.

“We understand thatPoison soluble. Scènes de l’occupation américaine à Bagdad [Solvable Poison. Scenes from the American Occupation in Baghdad], 2013, activates pain and trauma,” they write. “However, we deemed it important not to indulge the impulse to turn a blind eye to a very recent imperialist crime—a crime conducted under military occupation that was quickly brushed under the rug with the intention of prompting a swift forgetting. Because this is how imperialism fabricates its impunity.”

Later on, they add, “Repair and injury are inherent to each other: Showing one’s wounds is part of the process of exposing—and repairing—the crimes that human beings have perpetrated on others.”

Previously, the Abbas piece had been moved away from the Hamburger Bahnhof, where the Lebel piece is on view, and the Mutar piece had been taken off view with plans to relocate it. But now it appears that the works could soon no longer be in the show at all. ARTnewshas reached out to the Berlin Biennale for comment.

The controversy at the Biennale follows repeated allegations of anti-Semitism at Documenta 15, another exhibition that this year was also placed on emphasis on decolonization and the Global South. The Documenta controversy has largely revolved around a removed mural by an Indonesian collective that contained stereotyped images of Jews.

Attia previously exhibited his own work alongside Poison Soluble and other Lebel pieces at a 2018 Palais de Tokyo show in Paris. That presentation of Poison Soluble, as well as one by MAMCO, the Geneva museum that owns the museum, did not generate controversy.

Poison Solubleis a maze-like structure whose hanging walls are composed of photographs of Abu Ghraib detainees being tortured, sexually abused, and in other ways violated by U.S. soldiers. Amid this imagery are shots of Iraqi villages that were left in rubble after the U.S. Air Force destroyed them. In a statement on the Berlin Biennale’s website, Lebel said, “The aim of this project is to provoke the viewer to meditate on the consequences of colonialism.”

Sahakian read the work differently, writing, “There is nothing in the work that points to missing information, to anything we haven’t already seen. The images that flooded global media two decades ago only made visible the United States’ ability to move the world to hate and abuse the Iraqi body.”

Kareem, one of the Berlin Biennale artists who signed the letter, joined Sahakian for a talk in June held by the show. At that event, he publicly criticized Lebel’s work, saying, “I, as a simple human being, a person who was raised in Baghdad, who lived there for 24 years—I cannot allow myself, and I cannot imagine, seeing such pictures, using them and the pain, and turning them into an artistic work.” Kareem went on to say that he considered using images from Abu Ghraib in his own work, but “out of respect” for the people who were detained there, some of whom were his distant relatives, he “could not do it.”

Critics have concurred with Sahakian’s interpretation. In his New York Times review, Siddartha Mitter called the piece, plus another by Lebel at the Biennale, “an object lesson in how a certain European and masculine mode of antiracist and anticolonial art, though forged in real political battles, lost its way and lapsed into exploitation.” In his Artnet review, Ben Davis accused the piece of “signal-boosting the degradation it decries.”Emily Watlington said in an Art in America review that the Lebel work was “the most universally—and justly—hated work in the biennale.”

Upon its opening, the Berlin Biennale placed the work behind a curtain and put a trigger warning outside the work that urged viewers who had “experienced racial trauma or abuse” not to enter it. Even this gesture was perceived as a somewhat facile attempt to mitigate any potential damage. Mitter called the trigger warning “paternalistic and exclusionary.”

While the Biennale has not yet taken a strong position on the work itself, it has previously declined to send images of the Lebel piece to the press, ARTnews has learned. ABiennale representative said that images of Poison Soluble were not being supplied to “counteract digital dissemination and decontextualization of the sensitive content.”

Update, 8/16/22, 8:05 p.m.: This article has been updated to reflect that three artists have withdrawn from the Berlin Biennale.