New Zealand said on Thursday that artist resale rights, which provide visual artists with royalties upon resale of their work, will officially go into effect in the country in 2024.

“This is about fairness. It underlines our Government’s commitment to honoring the tremendous artistic skill and creativity of so many of our visual artists,” Carmel Sepuloni, New Zealand’s Minister for Arts, Culture and Heritage, said in a statement.

The Artist Resale Royalty Scheme guarantees artists a flat 5 percent royalty fee when their works are sold in the secondary market in the 80 other nations where such resale rights exist, among them France and the United Kingdom. The scheme is to be implemented as a part of New Zealand’s new trade agreement with Europe and the U.K. 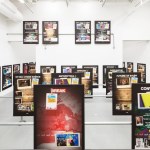 From Trade Show Aesthetics to the Airport: An Interview with Simon Denny

“The establishment of this Scheme is a really important step to support emerging and established visual artists in Aotearoa, ensuring that they can continue to see benefits for creating amazing art and enabling the creative sector to thrive,” Sepuloni said.

New Zealand’s art market expanded significantly in 2021, prompting debate about the secondary art market and the formation of activist group Equity for Artists. The group, which was founded by artists Judy Darragh, Dane Mitchell and Reuben Paterson, has the express purpose of pushing for resale rights.

Critics of royalties rights claim that arts professionals are being forced to bear an unnecessary burden that could negatively impact the market. Sepuloni mentioned in the release, however, that the government did its due diligence to reach out to the New Zealand art sector. Government officials had spoken with “Māori and Pacific artists, art experts, art market professionals, public galleries and museums, and key sector organizations” before initiating the scheme, Sepuloni said.

New Zealand isn’t the only commonwealth country making a push for resale rights. Canadian government officials have also been pursuing amendments to their Copyright Act that would allow for resale rights for visual artists.

“Resale rights for artists are an important step towards improving economic conditions for artists in Canada and a tangible way of ensuring that visual artists are better compensated for their work,” a government representative wrote to ARTnews in an email.

During a July 13 meeting of Culture and Heritage ministers, the amendment was discussed. “In the coming months, the Government will find opportunities to further engage with key stakeholders and partners to identify the best options for allowing resale rights for artists,” the representative said.

The United States has no such royalty scheme for visual artists, although some have been campaigning for such rights since the ’60s, when artists began observing huge markups in their work on the secondary market, according to the Center for Art Law. In 1978, the Visual Artists’ Residual Rights Act was introduced to Congress but failed to pass. The American Royalties Too (ART) Act was floated in Congress in 2018; that piece of legislation met a similar fate.