The University of Michigan in Ann Arbor said on Wednesday that a document that it believed was authored by Italian astronomer and physicist Galileo Galilei in the 17th century is in fact a 20th-century forgery.

The school said that it had begun investigating the manuscript earlier this year after Nick Wilding, a scholar working on a biography of Galileo, tipped them off. Wilding told a curator at the University of Michigan Library that he believed the faux document was the work of Tobia Nicotra, who, according to a 1934 TIME report, had also forged signatures by Christopher Columbus, Warren G. Harding, Lorenzo de’ Medici, and others, and received a two-year jail sentence for it. 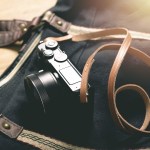 Here Are the Best High-End, Full-Frame Mirrorless Cameras for Artists

“After our own experts studied [Wilding’s] most compelling evidence—about the paper and provenance—and reexamined the manuscript, we agreed with his conclusion,” the university said in a statement.

A watermark on the paper reading “BMO”—a reference to the Italian city of Bergamo—gave away the document’s status as a fake, however. According to the University of Michigan, no other documents with that watermark have been dated to before 1770, more than a century after the manuscript had supposedly been created.

The document’s provenance also posed an issue. The school said it had obtained the Galileo manuscript in 1938, after the death of Tracy McGregor, a Detroit books collector. McGregor had bought it at an auction where it was sold alongside two other Galileo documents. Those papers have been revealed to be Nicotra forgeries as well, however, and there is no record of where the alleged Galileo manuscript resided prior to 1930, according to the university.

Although the document is now firmly believed to be a fake, the university’s library said it still had value.

“In the future, it may come to serve the research, learning, and teaching interests in the arena of fakes, forgeries, and hoaxes, a timeless discipline that’s never been more relevant,” Lynn Raughley, an editor at the University of Michigan, said in a statement.