Johnny Deppis set to direct a movie for the first time in a quarter of a century.

The actor will return behind the camera for Modigliani, a biographical drama about Italian artist Amedeo Modigliani. Al Pacino is producing the film along with Barry Navidi. IN.2, the European arm of production company Infinitum Nihil, is backing the film.

Based on Dennis McIntyre’s play of the same name and adapted for screen by Jerzy and Mary Kromolowski, Modigliani takes place in 1916 Paris and tells the story of the Italian-born painter and sculptor Amedeo Modigliani. According to the film’s release, Modigliani, “long considered by himself a critical and commercial failure, navigates a turbulent and eventful 48 hours that will become a turning point in his life, ultimately solidifying his reputation as an artistic legend.” 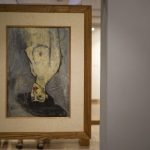 “The saga of Mr. Modigliani’s life is one that I’m incredibly honored, and truly humbled, to bring to the screen,” Depp said in a statement. “It was a life of great hardship, but eventual triumph—a universally human story all viewers can identify with.”

The movie is Depp’s latest effort to restart his career in the wake of his highly publicized defamation trial against ex-wife Amber Heard. The jury found that Heard had defamed Depp in her 2018 Washington Post opinion piece, which alluded to being a victim of domestic violence. However, the jury also found that Depp defamed Heard, through his attorney, while fighting back against her charges.

Jeanne du Barry will be Depp’s first major acting role since the 2020 independent film Minamata, in which he played war photographer W. Eugene Smith. The same year, Depp was forced by Warner Bros. to exit the “Harry Potter” spinoff series “Fantastic Beasts” after he lost his libel case against the British tabloid the Sun, which had characterized Depp as a “wife beater.” Madds Mikkelson replaced Depp as dark wizard Gellert Grindelwald in 2022’s Fantastic Beast: The Secrets of Dumbledore.

The actor, best known for Pirates of the Caribbean and Sweeney Todd, made his directorial debut in 1997 with The Brave, in which he starred alongside Marlon Brando. The neo-Western was critically and commercially derided, with Variety’s review calling the film “turgid and unbelievable.” He hasn’t directed a film since then, but he’s produced (or executive produced) several movies including Hugo, The Lone Ranger, and Minimata.

The film also marks another collaboration between Pacino and Navidi, who have worked together over the years on 2004’s The Merchant of Venice, 2011’s Wilde Salomé, and 2013’s Salomé (2013).

“This project has been very close to Al’s heart. Al introduced me to the play Modigliani many years ago and I instantly fell in love with it,” said Navidi. “This is a slice of Modi’s life and not a bio. It’s been a dream of mine to work with Johnny again—he’s a true artist with an amazing vision to bring this great story to the screen.”

The Hollywood Reporter first broke the news about Depp’s return to directing.