Charlie Finch, a cantankerous columnist whose gossipy writings were widely read in the New York scene, has died at 68.

Walter Robinson, a former editor of Artnet who hired Finch as a critic, announced Finch’s death on Instagram. Robinson said that Finch had died “by defenestration,”and that he had been battling cancer and other unspecified health issues.

Finch’s writings, which regularly appeared on Artnet Magazine for the better part of two decadesbeginning in the late ’90s, were frequently met with allegations of sexism, takedowns on competing art blogs, and general chatter about the vicious hearsay he reported. Many of his articles were politically incorrect in a way that seemed deliberate. 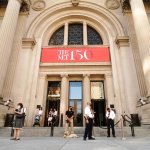 He wrote on whether Black art had grown “kitschy” and whether Cy Twombly was a “fraud.” He defended Jeff Koons, whom he once called a “prophet,” and he labeled the New Museum “the Mr. Potato Head of contemporary art museums.” When the critic Hilton Kramer died, he ran a column called “Ding Dong the Witch Is Dead.”

“As the world of art criticism has become indescribably bland, Mr. Finch has remained vicious and victorious; in his 14 years of art writing, he has managed to offend nearly everyone who’s anyone in Soho and West Chelsea,” the Observer wrote in a 2006 profile.

He did not seem to care whether anyone was put off by his writing or his behavior. Dealer Mary Boone, whose artists were frequently derided by Finch, once claimed that he spit on her at an opening; he claimed he did so unintentionally. According to the Village Voice, Finch would appear at the openings of artists whom he reviewed negatively, doing so in a “slightly menacing” way; he called this “nothing serious.” He once attempted to write an unauthorized biography of dealer Larry Gagosian, who now runs a mega-gallery empire.

The Village Voice profile of Finch was filled with attempts by elite art-world figures to explain why he acted in the way he did. Robert Storr, then a curator at the Museum of Modern Art, said, “He is a disillusioned liberal who is interested in how power operates and how it is abused.”

The details surrounding Finch’s biography remain somewhat hazy because he did not seem interested in discussing them. He reportedly grew up on the Upper East Side and launched into a political career after attending Yale University. Finch went on the campaign trial for Gary Hart and Carol Bellamy, Democratic senators who ran unsuccessful bids to become President and Mayor of New York, respectively, during the ’70s.

He eventually left politics, and his whereabouts during the period afterward were kept vague by him, adding to the mystique he cultivated. The Village Voice reported that he spent “a few years working on Wall Street,” but it was not clear in what capacity. “I am a WASP. We don’t discuss money,” he said. The Observerreported that he spent a period as a zookeeper in New Orleans during the ’80s, and that he had enrolled for a few years in the Union Theological Seminary.

Finch became a New York art world fixture during the ’90s, when he briefly ran an East Village gallery called Real Art and then began writing for the zine Coagula, which was founded by Mat Gleason in 1992. Under the pseudonym Jane Preston, he printed gossip about major players in New York.

His barbed writing occasionally involved making personal attacks on figures like artist Cindy Sherman, curator David Ross, and dealer Arne Glimcher. According to the Observer, John Waters and David Bowie were among the readers of Coagula. Some of Finch’s writings ended up in an anthology called Most Art Sucks: Five Years of Coagula.

Walter Robinson, the former Artnet Magazine editor, asked Finch to write for the website in 1997, forging a bond that would continue through 2012. During that time, some of Finch’s columns generated so much controversy that they spawned thinkpieces of their own.

In 2006, Finch reviewed a show at Briggs Robinson Gallery in New York by painter Natalie Frank, who at the time had recently finished graduate school. He called the piece “The Seduction of Natalie Frank,” and it referred to her as a “young, virginal star” whose tireless work, sometimes done while wearing “a wife beater shirt for twelve hours at a time,” had finally paid off. Then he went on to write off her work in a matter of a few paragraphs.

Even before our current age wheresocial media fuels firestorms over published articles regularly, “The Seduction of Natalie Frank” touched off a heated discussion about art-world misogyny. The Art Blog wrote that Finch’s article “feels a little like a date rape: forcefully loving and then dismissive.”

Nearly a decade later, in 2017, Frank reflected on Finch’s column in an ARTnews essay themed around the challenges that female artists face. “I felt disgusted, humiliated and objectified,” she wrote. “Even long after this, I would go to an art opening and upon learning my name, someone would say, ‘Oh! You’re the wife beater girl.’ Why was something like this published?”

In 2005, Finch also had a public-facing spat with the dealer Becky Smith, who had recently joined a wave of gallerists who were relocating to Chelsea. Although the piece was framed as an op-ed about the influx of galleries to a new neighborhood, Finch made it mostly about Smith, whose appearance and business he mocked. The negative response to the piece grew so intense that Robinson ultimately deleted it, in a move rarely undertaken by major U.S. publications. Robinson called the debacle the “low point of my editorial career.”

There were also less heated controversies. After the artist Ai Weiwei was placed under house arrest in 2010 by the Chinese government, allegedly for illegally building a studio in Shanghai, Finch called for Western institutions to “show some balls” and cease their operations in that country. Kyle Chayka, writing for Hyperallergic, rebutted Finch’s piece, saying that “to boycott China also means to boycott its artists and its people, those who have no say in the government’s actions.”

On Instagram, Robinson wrote that there have not been many critics who wrote as Finch did. “Love him or hate him, quite simply nobody was like him.”