The New York Attorney General’s Office said it found evidence that at least a dozen clients were involved in an alleged tax fraud scheme led by Sotheby’s.

The investigation, which began in 2020, initially centered around a private collector who obtained a false resale certificate. Now, the AGO claims that that collector’s case was not an outlier.

The false resale certificate allowed the anonymous individual from the initial investigation to fraudulently pose as an art dealer. Doing so may have allowed the collector to avoid paying millions of dollars in tax revenue on the sale.

The new allegations were made public in a Manhattan court on Wednesday by an attorney working for the government agency, according to a report from Law360. 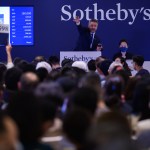 That complaint is related to a 2018 lawsuit in which Sotheby’s was accused of defrauding the state out of taxes on $27 million of art purchased by an offshore account Porsal Equities. The original complaint alleged that the auction house’s staffers knew the client was a private collector purchasing art for his personal holdings. Under New York City law, only dealers planning to resell art qualify for exemptions to city and state sales tax.

Assistant Attorney General Derek Borchardt said in a hearing on Wednesday that his office had uncovered multiple fraudulent uses of resale certificates. Sotheby’s allegedly distributed resale certificates to clients who explicitly stated that the art would be located in their residences after the purchases. According to Borchardt, the enforcement agency plans to depose a total of 12 clients.

The auction house has said it should not be held responsible for the misuse of resale certificates distributed by low-level employees.

Sotheby’s previously argued that the AGO had not adequately pled any violations of tax law and sought to dismiss the case. Last September, a judge denied the house’s bid to dismiss the complaint, saying that there was enough potential evidence that senior members of Sotheby’s staff “willfully turned a blind eye” to the fraudulent distribution of resale certificates. An appeals court affirmed the judge decision in April.

A Sotheby’s spokesperson told ARTnews that the house disputes the allegations and “will continue to contest them vigorously in court.”