INTERNATIONAL TREASURE.A long-running legal saga over a horde of centuries-old artifacts housed in Germany has come to an end, at least for now. TheWashington Postreports that, last week, theU.S. District Court for the District of Columbiatossed out a lawsuitbrought by the heirs of German Jewish art dealers over the Guelph Treasure, which is currently housed at theBode Museumin Berlin. The heirs had claimed that the objects in it, including crucifixes and altars, had been sold under duress around the time of World War II, and they had taken their lawsuit to the U.S. in the hope of winning it back. AsARTnewspreviously reported, the U.S.Supreme Courtsided in 2021 with Germany, saying that the “law of property”should forbid the suit from being heard in America.Hermann Parzinger, head of theStiftung Preussischer Kulturbesitzfoundation that manages the Guelph Treasure, this week welcomed the dismissal, saying that the trove of artifacts was “not a forced sale due to Nazi persecution.” 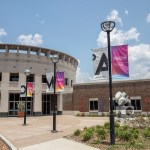 A ‘MONSTER’ OF A SITUATIONis still unfolding at theOrlando Museum of Artin Florida, which is still reeling after the FBI raided a Basquiat exhibition, saying that it contained faked artworks. TheOrlando Sentinelreports that some former trustees of the museum are now claiming that they had attempted to make the public aware of the investigation into that show, titled “Heroes and Monsters” earlier, but that the institution haddeclined to release word of it. They also said they were “terminated” by the former board chair,Cynthia Brumback, due to a limit on terms for trustees that had previously gone unenforced. Brumback herself and the museum’s interim director,Luder Whitlock,left last week, asARTnewspreviously reported.

TheNational Portrait Galleryin London is seeking to buy aJoshua Reynoldsportrait for £50 million ($58.1 million) in the hope of keeping it in the U.K. If the purchase goes through, it will be among the most expensive works ever acquired by the museum.[The Art Newspaper]

U.K. museums are hoping to take part in a “warm banks” plan that would offer those in need heated refuge during the wintertime, but there’s one problem: many institutions in the country can barely pay their own rising bills as is.[The Guardian]

Is the San Francisco gallery scene on the decline? Some, including spaces likeGagosian,Pace, andJenkins Johnson, have closed up shop there or are getting ready to focus their attention elsewhere, but other dealers who’ve been in the city for years resisted the notion that it’s time for their colleagues to jump ship.[The New York Times]

Police in Utica, New York, said that a group of five children, all of them younger than 11 years old, ransacked theSculpture Spaceresidency program. The minors were arrested this past Sunday while attempting to throw rocks at a car.[Hyperallergic]

Texas’sBeeville Art Museumwill display 48 works byAlithia Ramirez, a 10-year-old who was killed during a recent mass shooting in Uvalde. Ramirez, whose work was previouslyhonored by Google, had dreamed of one day becoming an artist.[CW33]

FRIENDS FOREVER.On Instagram, actress and filmmakerAngelina Jolieposted a love letter to the artistAi Weiwei, whom she called a “brave creative spirit.” To toast Ai, she put up a picture taken by the artistJRthat shows the two beaming—her in a pair of chic sunglasses, him in a T-shirt. They got to know each other, she wrote, when they were both in Venice, where Ai is currently having a show ofnew works crafted from Murano glassat theBerengo Studio. In response to Jolie’s post, Ai commented, “Dear,thinking of you ❤️.” Whether the two sawCecilia Alemani’s current edition ofthe Venice Biennaletogether unfortunately went unmentioned.[Instagram/@angelinajolie]